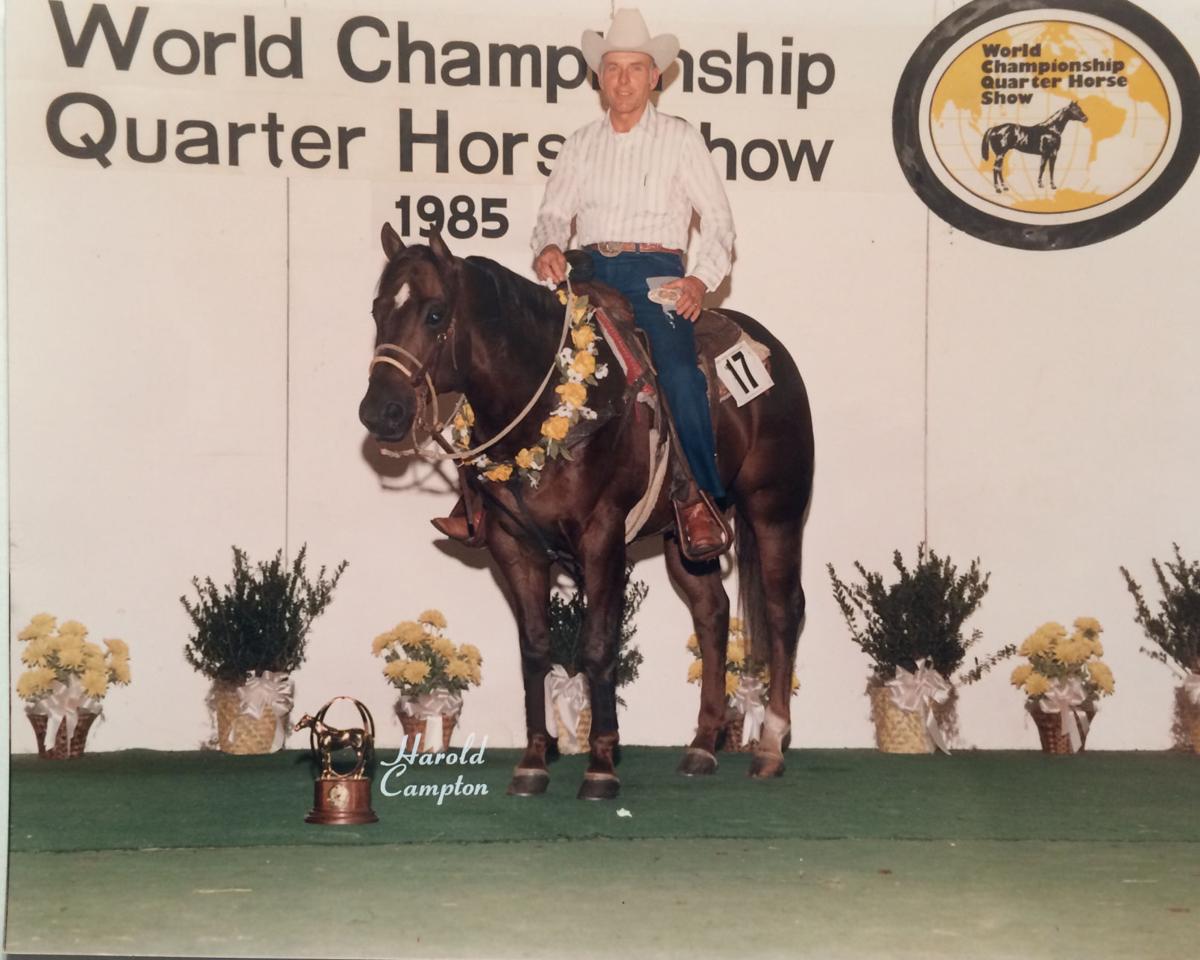 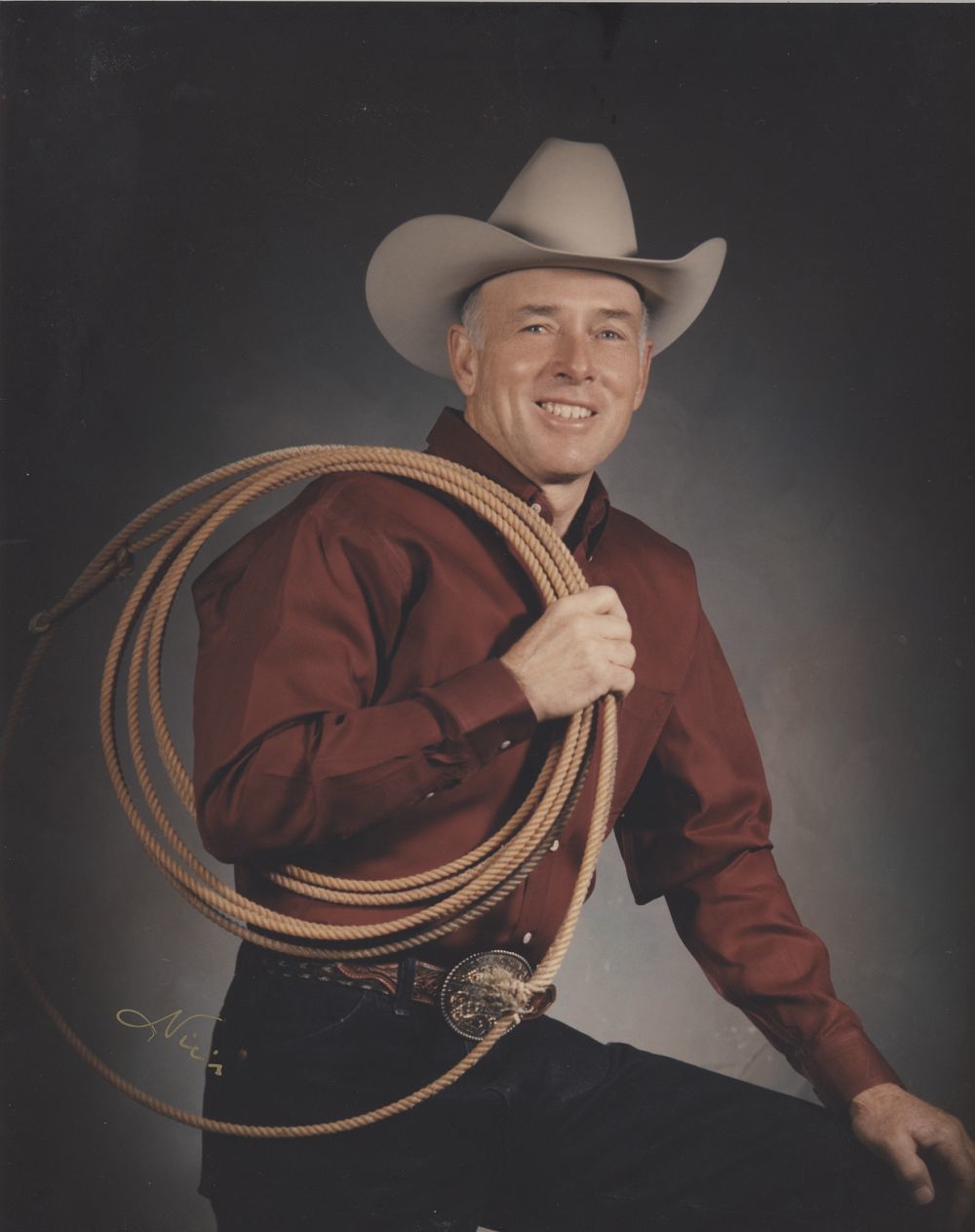 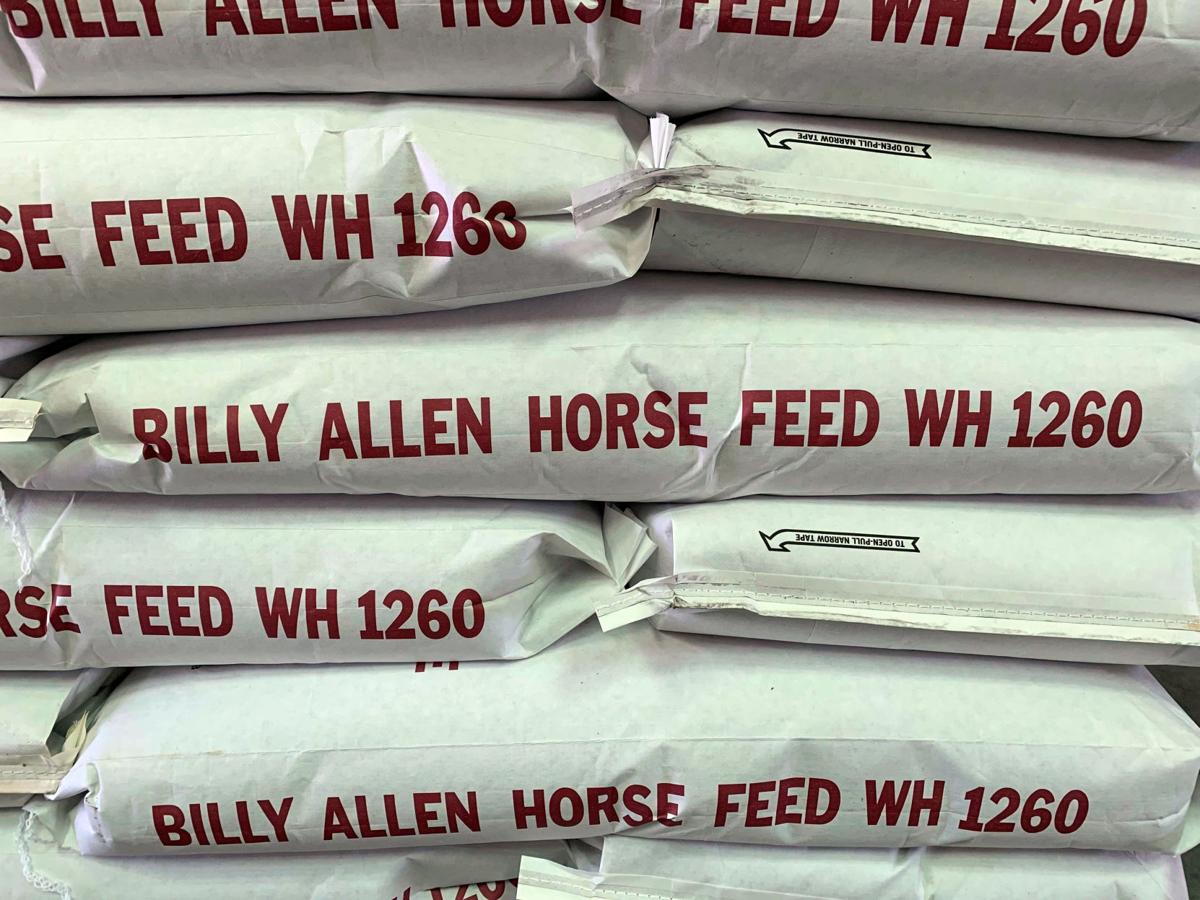 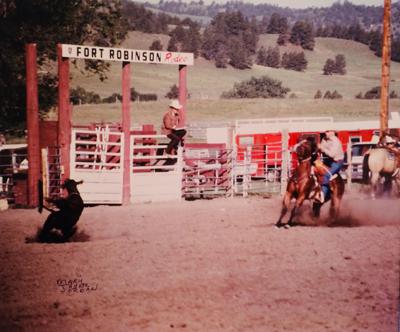 There really hasn’t been a time in Billy Allen’s life when he hasn’t had horses. Even though it didn’t start out quite the way he wanted.

The Scott City, Kansas, horseman was born in New Mexico in 1935 and his family operated a combination farm and a ranch. They had horses, but they were used for work, and for Allen riding the tractor didn’t cut it.

“I just hated being on one of those tractors, so I’d go get on a horse and go hunt the cows,” Allen said. “Always in the back of my mind, I wanted to be a roper. I wanted to go to the rodeos and rope calves.

Back then in his part of the country, team roping hadn’t caught on yet, so Allen roped calves primarily, but eventually he did all the roping events.

“I started out, strictly in the calf roping at rodeos and figured out right quick that, you had to be mounted,” Allen said. “Your longevity of that sport and in the rodeo was pretty short. Young guys were coming on all time and it wasn’t something that you could count on for the rest of your life or anything.”

Allen credits “two or three really nice horses” early on that gave him his start to training horses for other people. He’d watch people at the horse shows and rodeos with the nice horses or those who were winning and see if what they were doing worked on his horses.

“That sparked the deal for the horse training part of it,” Allen said.

At that time he had a wife, Connie, and a young family. He decided to start training full time, so the cattle were sold and they moved. Eventually the family settled in Scott City, and bought Sunny Slope Horse Farm in 1965.

“I could see that the horse deal was going to be a full time deal if I wanted to do that,” Allen said. “That’s what I wanted to do.”

They picked Kansas because of its proximity to other states and the availability of horse shows.

“Out there in New Mexico where we were, was really good, but there’s only a certain area that had horse shows without driving a long way,” Allen said. “I was wanting to get into an area where could go to Nebraska, Colorado, Kansas, Oklahoma, Texas, you know, within driving distance and make all kinds of shows.”

And work out it did. During his competition in American Quarter Horse Association events, he’s earned 11 world championships in heading, heeling, reining, working cow horse and halter. A short decade after moving to Kansas, he rode three different horses—Sugaro Pistol in reining, Miss Harlacue in tie-down roping and Two Eyed Patti in team roping—to win the 1976 year-end high-point AQHA titles. Something that was unheard of at the time. The same year Allen also rode Two Eyed Patti to the world championship in senior heading while also earning Superiors in both heading and heeling.

“They were three horses that were broke as young horses,” Allen said. “I started all three of those horses, and then I showed them.”

Allen’s plan to just show his “nice horses” and to get points for the AQHA World Show, worked and gave them the year-end titles.

“As far as I know, that’s the first time that but that probably ever happened—that one trainer won all three,” Allen said.

Eventually, Allen got interested in breeding quality horses, found some broodmares and bought part-interest in a stallion.

“We ran across a really, really nice horse that I was training and a really nice stallion,” Allen said. “And the thought in my mind was, you know, gosh, if we could raise colts that was like that horse I’m riding, well, that’d be great.”

He cut back on training Connie some for the general public, because they had a lot of horses to raise and train for themselves. He also was helping his kids show, and training other students for the show ring and later judging shows. The family spent a lot of time on the road traveling to horse shows, and each of his four kids—Brenda, Jennifer, Doug and Jeff—have won an AQHA youth world championship. The boys continue to show, train and judge like their father.

“I’d start in January and go to Denver, and then on to the Sun Country circuit at Phoenix. That was right after Denver,” Allen said. “This area didn’t have many that time of the year, but then when spring came while there was a lot of shows around back then.”

Western Kansas had many shows and roping clubs, but Allen traveled to Colorado, Nebraska, Oklahoma and Texas to show. They all tend to run together for Allen, who also judged many AQHA shows.

“Probably the last one I went to I was probably judging it,” Allen said. “That’s been quite a while back. I’ve been fortunate enough to be asked to judge some of the major shows in the country.”

Allen said he judged at most all of the major stock shows, the AQHA World Show, Quarter Horse Congress and “those big shows—Denver, Fort Worth and deals like that.”

“Judged them, and enjoyed that,” he said. 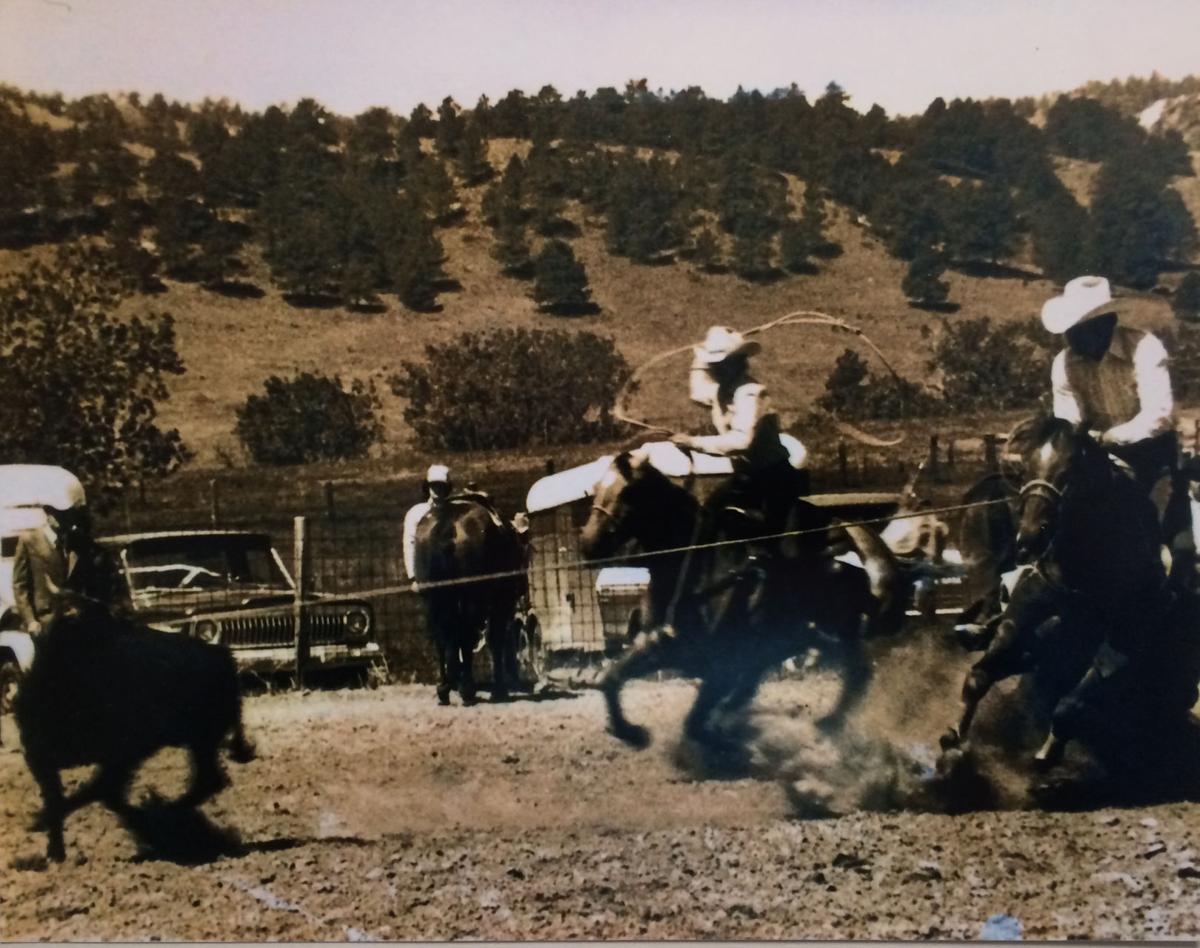 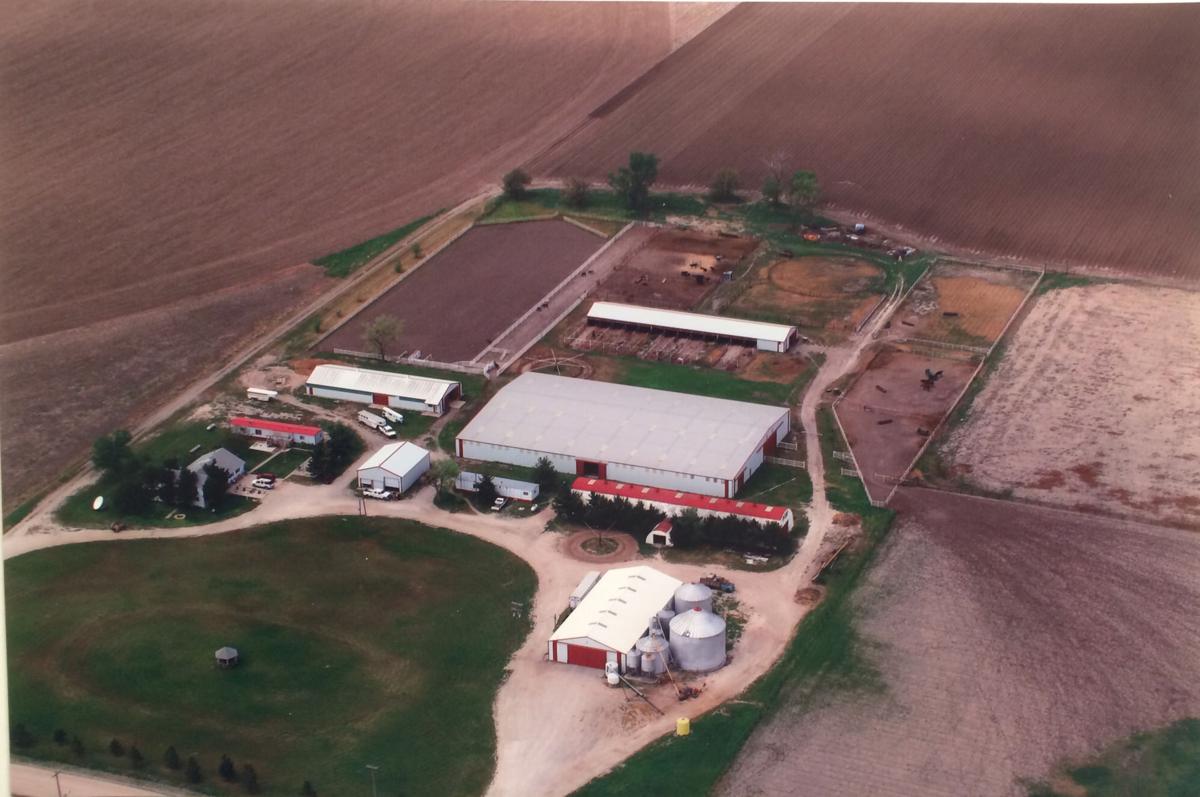 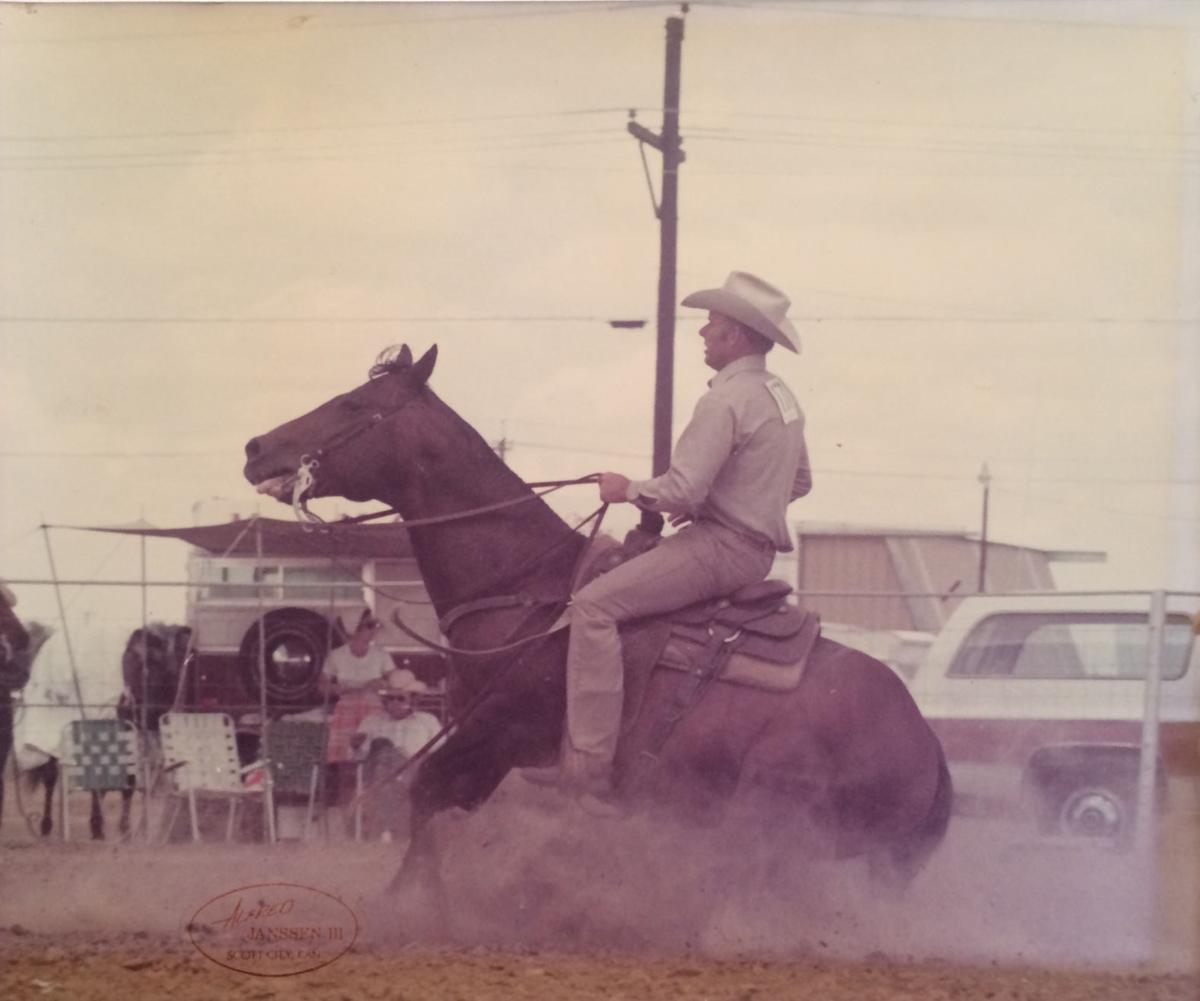 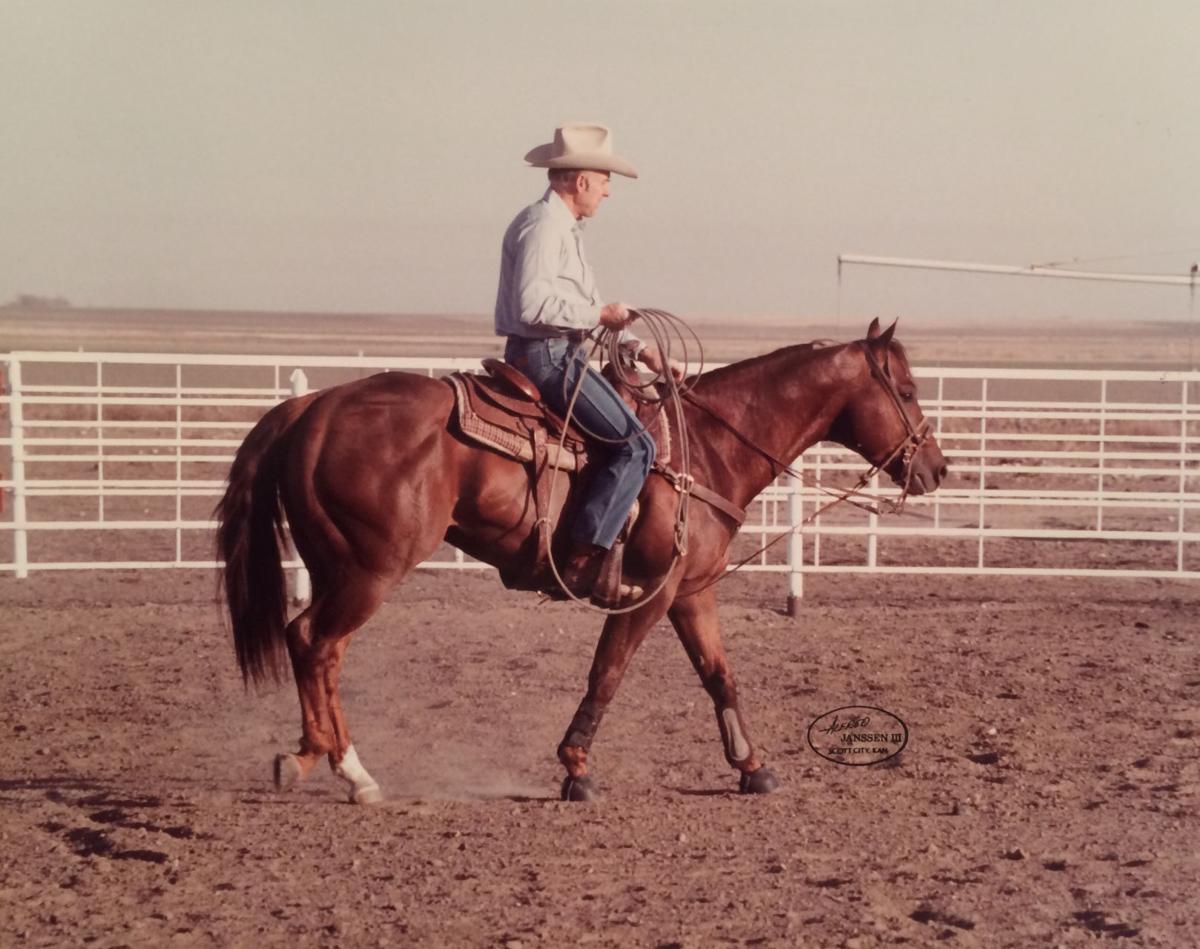 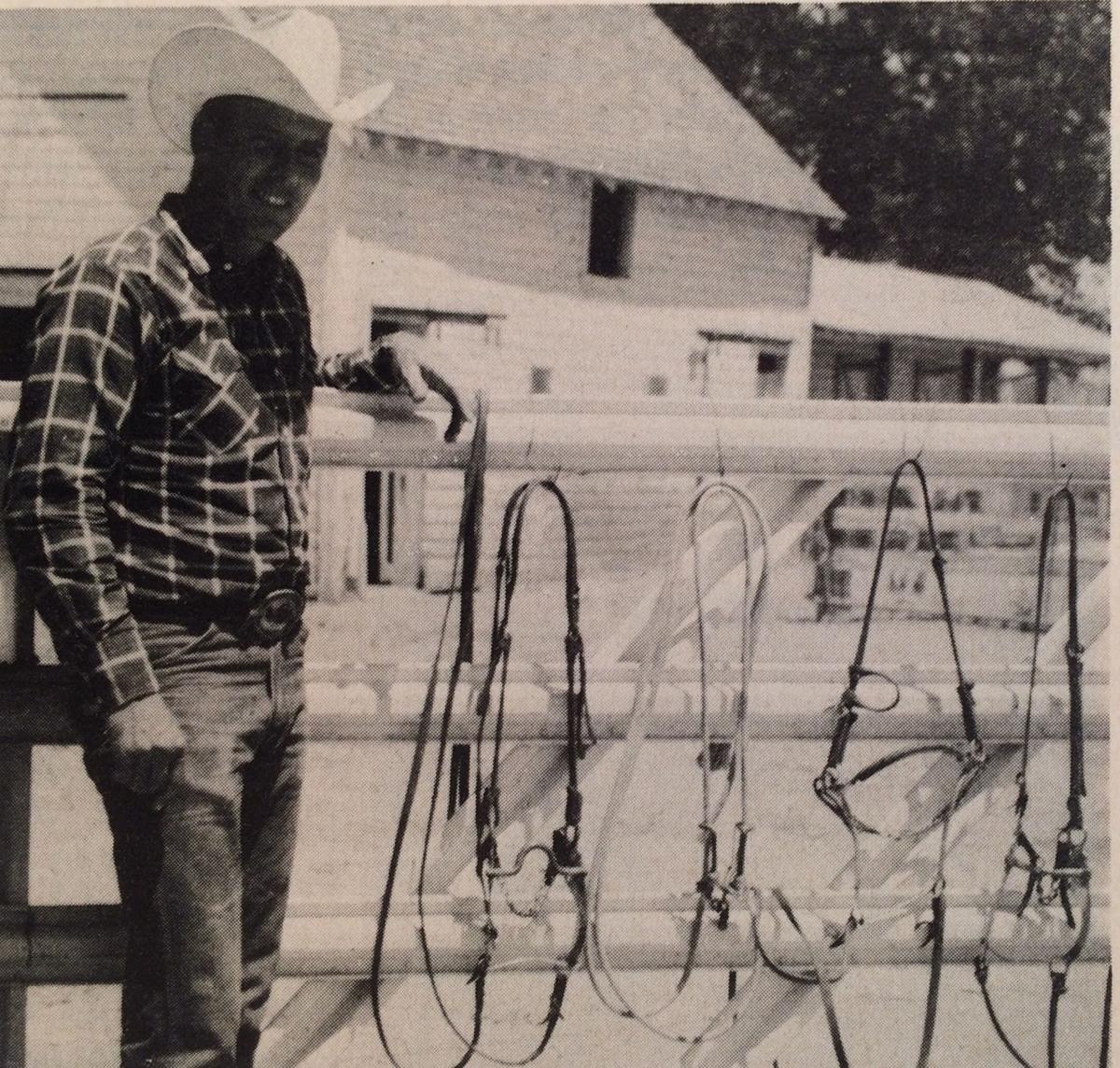 Most recently Allen was inducted into the AQHA Hall of Fame, and will have a spot in the museum in Amarillo, Texas. He was honored in March at the AQHA convention in Fort Worth, Texas.

“It’s people that have contributed to the association and their time and what they’ve done with horses,” he said. “There might be as many horses as there is people. The ones that have kind of stood out through the years.”

In his 40-something year career in the horse business, he’s seen a lot of changes happen, and the things that stand out to him the most are in the show arena.

“It’s like daylight and dark,” Allen said. “Some of the events back when we first started wouldn’t even resemble what happens now. Its gotten tougher and better horses and better training methods. It’s gotten a lot tougher.”

As time has passed, Allen said he had to change too.

The family recently sold their horse feed business, Billy Allen Products, Inc., which they started in 1979. Allen and his wife are moving to Arizona.

“I had a lot of great customers for years. It’s kind of enjoyable to keep that going,” he said. “But Father Time kind of catches up with you some times.”