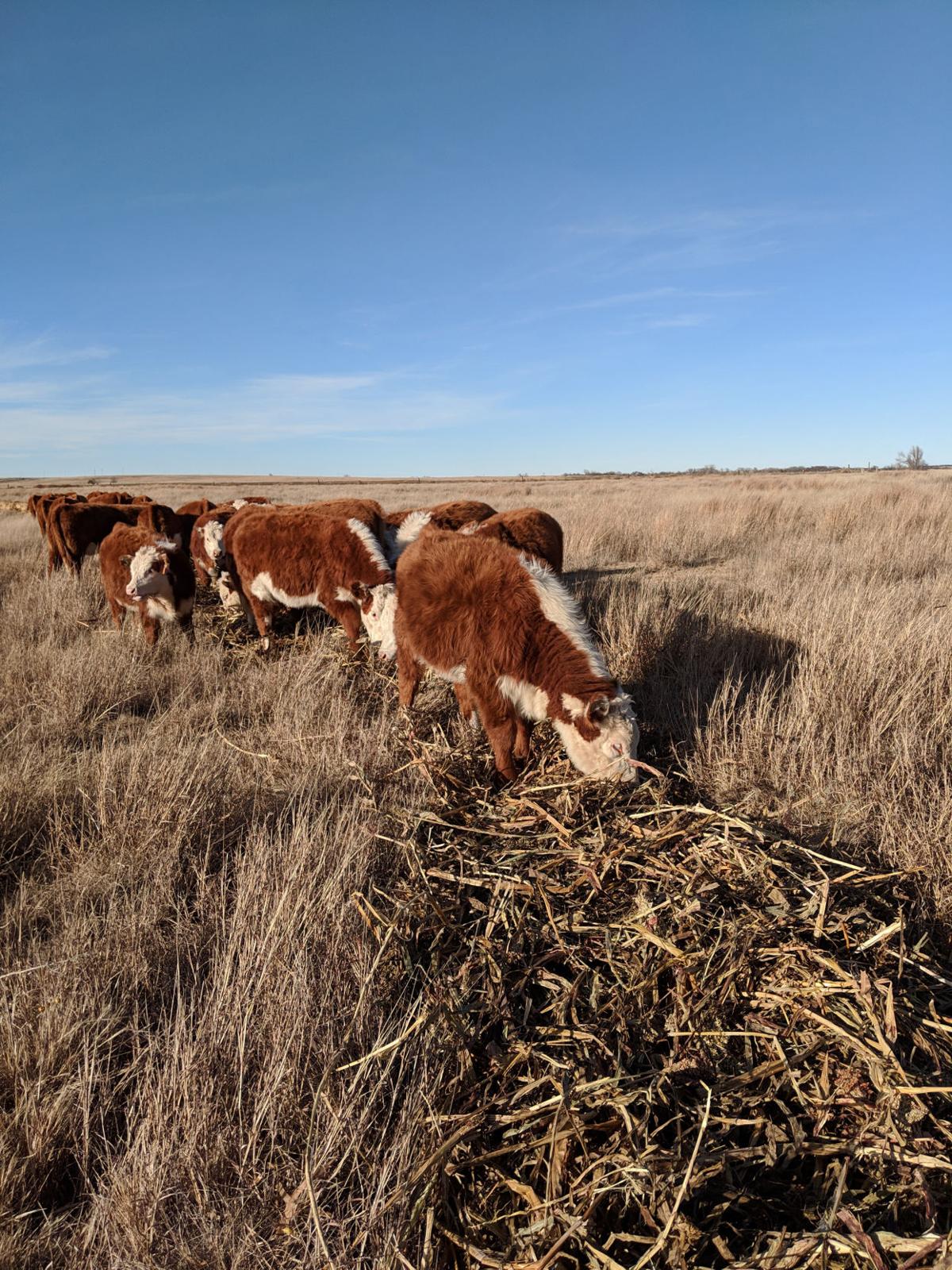 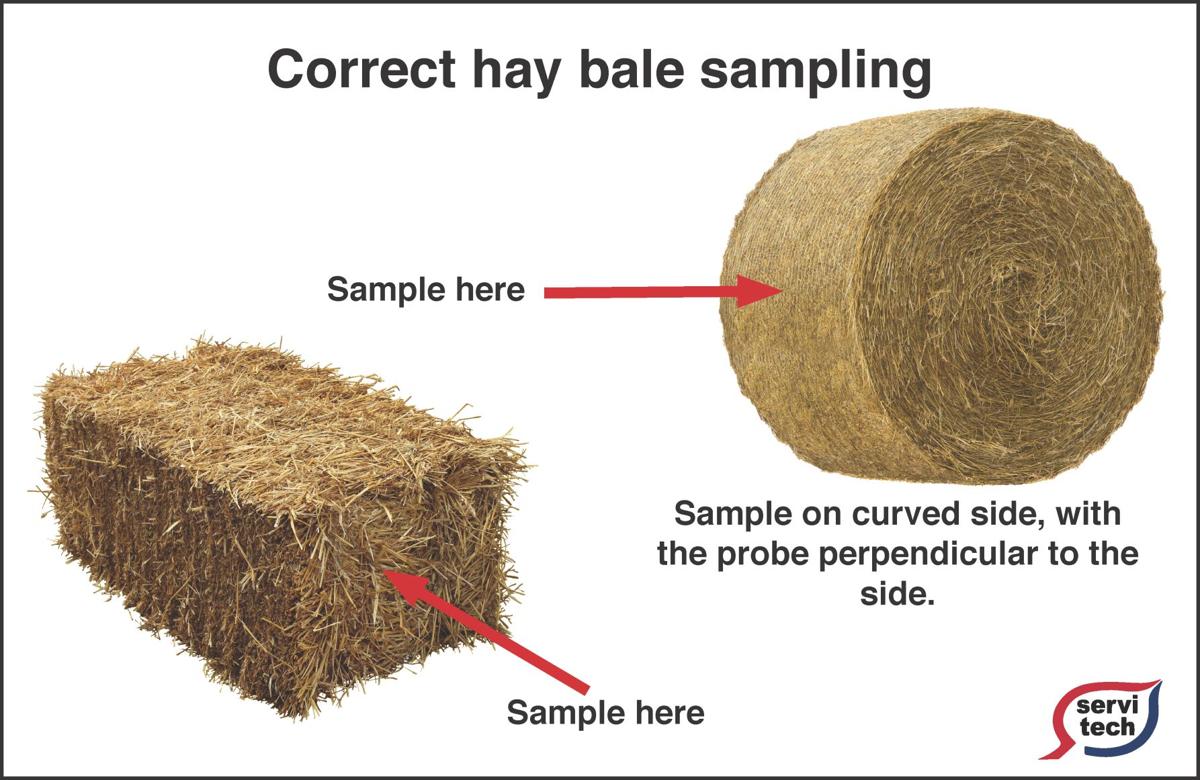 Your cattle are healthy. Their body condition scores are right where they need to be at each stage of life. Your program is working, as it has for years and years. Why mess with a good thing? Most cattlemen have heard about feed testing but don’t think applying it to their operation is necessary.

“With the demands that we’re putting on animal production, we can’t close our eyes to that anymore,” said Robin Cox, key feed accounts specialist for Dodge City, Kansas-based Servi-Tech.

Cox is a scientist by education who started out testing feed in the Servi-Tech lab in Amarillo, Texas. In her current role as key feed accounts specialist, she makes sure her customers—from Texas to Montana and Oregon to Illinois—have a complete set of nutritional information from their pastures and harvested forages.

Galen Erickson, professor of ruminant nutrition at the University of Nebraska-Lincoln, simplifies cattle nutrition down to making sure you have an abundant and clean water supply first, then factoring in energy, protein, minerals and vitamins. He says you should test forages for energy and protein composition. Those results will tell cattlemen if they are fine with the forage they have or if they need a supplement.

“Forage testing is probably the most critical aspect because it’s variable,” Erickson said. “If the forage is comprising most of their diet it’s important to know what that forage is contributing relative to their requirements.”

That information benefits cattle in every type of program and in every stage of production. Having an idea of what you’re providing your cattle can improve pregnancy rates and performance overall.

“When you think about how many years a pasture has been grazed, even if somebody’s taken really good care of it, the nutrients have basically been harvested,” Cox said.

The pastures of 50 years ago are not feeding the same type of cows. Cox says while rain does help with the process of replacing some of the nutrients it can’t totally regenerate soil that has seen non-stop production for decade after decade.

Cox says pastures should be tested during peak growing season and during dormancy for a period of time to get baseline levels of nutrients. Pastures full of tall green grass after a heavy rain are a welcome sight to cattlemen, but Cox says those fast growing stalks are bright green because of chlorophyll not protein and fiber.

Erickson cautions against testing pastures in a lab.

“Whatever you collect won’t be as good as what the cattle tend to get,” he said. “It’s hard for us to go out and mimic how good they are at eating.”

Cox admits there is difficulty getting a representative sample.

“Between 70 to 80 percent of the error in feed testing is basically in sampling,” Cox said. She emphasizes that your feed testing results are reflective only of what you send in.

Erickson says when assessing a grazing situation, he recommends consulting your local Extension agent for his or her nutritional information of soils and forages.

“Here in Nebraska, I feel pretty good about what we offer in terms of what are their pastures like—specially by season or month,” Erickson said.

“There is a difference in nutrition between short grasses and tall grasses,” Sawyers said. In terms of figuring nutritional content of certain types of plants, he says “things haven’t changed much in the last 100 years.”

Sawyers pointed out that many pastures are reclaimed cropland, further emphasizing the need for thorough sampling.

Mike Deewall, Deewall Herefords, Coldwater, Kansas, has tested his feed for more than 20 years. Producing stock for customers across the country, Deewall won’t take a gamble when it comes to feed. He tests his baled feed more regularly and likes feed testing overall because it eases his mind.

He tests his Johnsongrass plot for prussic acid depending on the year.

“You can test and think you’re all right and then it can change,” he said.

Cox pointed out that a stemmier, more mature plant has a lower chance of having dangerous prussic acid levels than one with new shoots.

After getting the results, Deewall was reassured. “When we turned them out, we knew it should be OK,” he said.

That incoming load of hay

The same can be said when evaluating baled forages.

“You would be surprised at how variable the percentages of protein and the fiber are that you can’t really tell until you’ve tested,” she said. “It could be bright green but if it was a cutting that grew fast and didn’t have a lot of nutrients in it—the green is deceiving.”

Sawyers reviews baled feed test results to better equip cattlemen with caloric requirements of their cattle in each stage of life.

Erickson emphasizes again that the main challenge with harvested feed is getting a representative sample.

Cox recommends using a hay probe attached to drill to get samples from 10 and even up to 20 bales in the load. This will give you an idea of the nutritional profile of the load, the cutting and the field itself.

Deewall says he takes a sample from roughly 10 percent of the bales from different parts of the field.

“Besides the nitrate, we’ve been testing for protein and TDN (total digestible nutrients).”

Money on the ground

“Gone are the days of you just go buy a mineral block and throw it out,” Cox said.

Feed testing can illuminate deficiencies and put money in your pocket, but it can also point out excesses in your herd’s diet. If your favorite molasses tub has minerals in it and you put out a mineral block, there is a possibility you are over supplementing. Without an idea of what your forage provides, you could be wasting your money.

“People have really focused on minerals and we actually are kind of leaning towards you can have too much also,” Cox said. “You’re over-meeting your needs.”