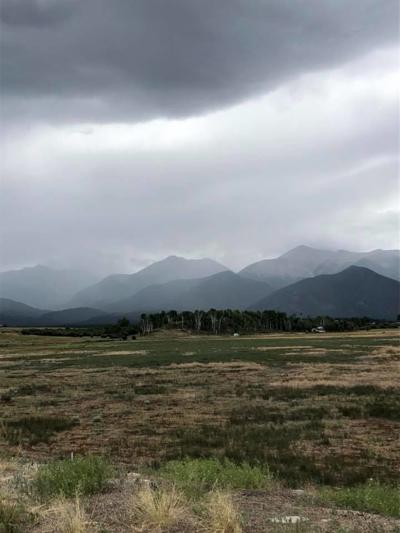 When you visit the mountains, you anticipate the thinner air that causes your breathing to become labored and your head to spin a little. What you’re feeling is the affects of hypoxia, or a lack of oxygen. Hypoxia brings on pulmonary vascular shunting, which is your body’s way of moving blood around in your lungs searching for an area with more oxygen. Humans eventually feel better as their body adjusts to the conditions or when they return to lower elevations.

Every person will experience these same symptoms, but for cattle there is no recovery. Cattle are known as exaggerated responders to elevation change. Their bodies cannot make the necessary adjustments and High Mountain Disease, also known as brisket disease, advances with fatal results.

According to Dr. Tim Holt, associate professor at Colorado State University’s Veterinary Teaching Hospital, HMD causes pulmonary vessels in the cattle’s lungs to become so small, sometimes to the point of complete obliteration, that the body increases the amount of blood pushed out by the heart. With this drastic tightening of the blood vessels, pulmonary hypertension develops. This type of hypertension eventually brings on congestive right heart failure with death not far behind.

No vaccination or supplement can be given to prevent HMD. Holt says the best way to determine if an animal will respond adversely to higher elevations is through a Pulmonary Arterial Pressure test. A PAP test tries to predict the degree of pulmonary hypertension in relation to the exaggerated shunting taking place.

Holt performs the test by running a catheter down in the pulmonary artery to measure the pressure within, using millimeters of mercury, or mmHg, measurement units. Human blood pressure is measured in the same way just using an external monitor.

“A normal PAP test in elevation is most commonly below 41mmHg,” Holt said. “Pressures about 50mmHg are considered elevated and are indicative of a possible heritable trait leading to the exaggerated response to hypoxia.”

Animals with a 50mmHg measurement are more likely to die due to the condition. Holt uses test results to help ranchers make decisions by genetically selecting resistant animals.

Who should test their cattle?

Those genetically resistant animals are the backbone of ranchers in the higher elevations. No matter your current elevation, PAP tests are a good investment if you have aspirations of being a seedstock producer and want to sell your animals to any and all buyers. This information will give buyers confidence that your stock can survive the environment at their new home.

Seed stock producers are Holt’s main customers for PAP testing, but commercial producers should be aware too.

“The losses (from HMD) can be devastating, ranging from 5 to 27% percent calf loss per year.”

According to a press release distributed by AGI, the EPD will identify low-risk genetics to be used as parents for the next generation. Kelli Retallick, AGI director of genetic service, cautions that the EPD will not replace individual PAP tests for animals living at altitude.

“If we send a calf that does not PAP well up to high altitude, it could now be a life or death situation,” Retallick said. “This is probably one of the most important traits that we need to think about from a phenotypic standpoint. Relate it to something like scrotal size and scrotal EPD for instance. In this case, an animal can have the genetics to produce larger scrotal sizes as indicated by the EPD, but the scrotal EPD does not replace breeding soundness exams.”

Anne Nielsen, Saguache, Colorado, has implemented PAP testing for the last 15 years. At 8,400 to 12,000 feet of elevation, her family’s Flying X Cattle Company tests every bull they use on their Angus and Hereford herd.

“We bring several out at a time,” she said, then if the bulls test in the high range they get sent back with the knowledge that they are only suitable to be used in the immediate area of where they were raised.

The Nielsens don’t stop with just the bulls either.

“We just tested 150 calves and 12% came back susceptible,” she said. Nielsen said she has had bunches test as high as 30 to 40%. The Flying X works with Holt to test calves that are older than 1 year each spring and fall.

Holt cautions producers not to single out one side or the other.

“This is not a gene that is just carried by the male, it can be female related as well,” Holt said.

When Holt started PAP testing years ago, he had never seen HMD below 7,000 feet. While Holt and his colleagues aren’t sure it is the exact same disease, they have seen similar symptoms in feedlots below 5,000 feet.

Pulmonary Arterial Pressure tests should only be conducted on calves older than 1 year. The Flying X Cattle Company, Saguache, Colorado, runs Angus and Hereford breeds and their elevation is 8,400 feet and runs to 12,000 feet.