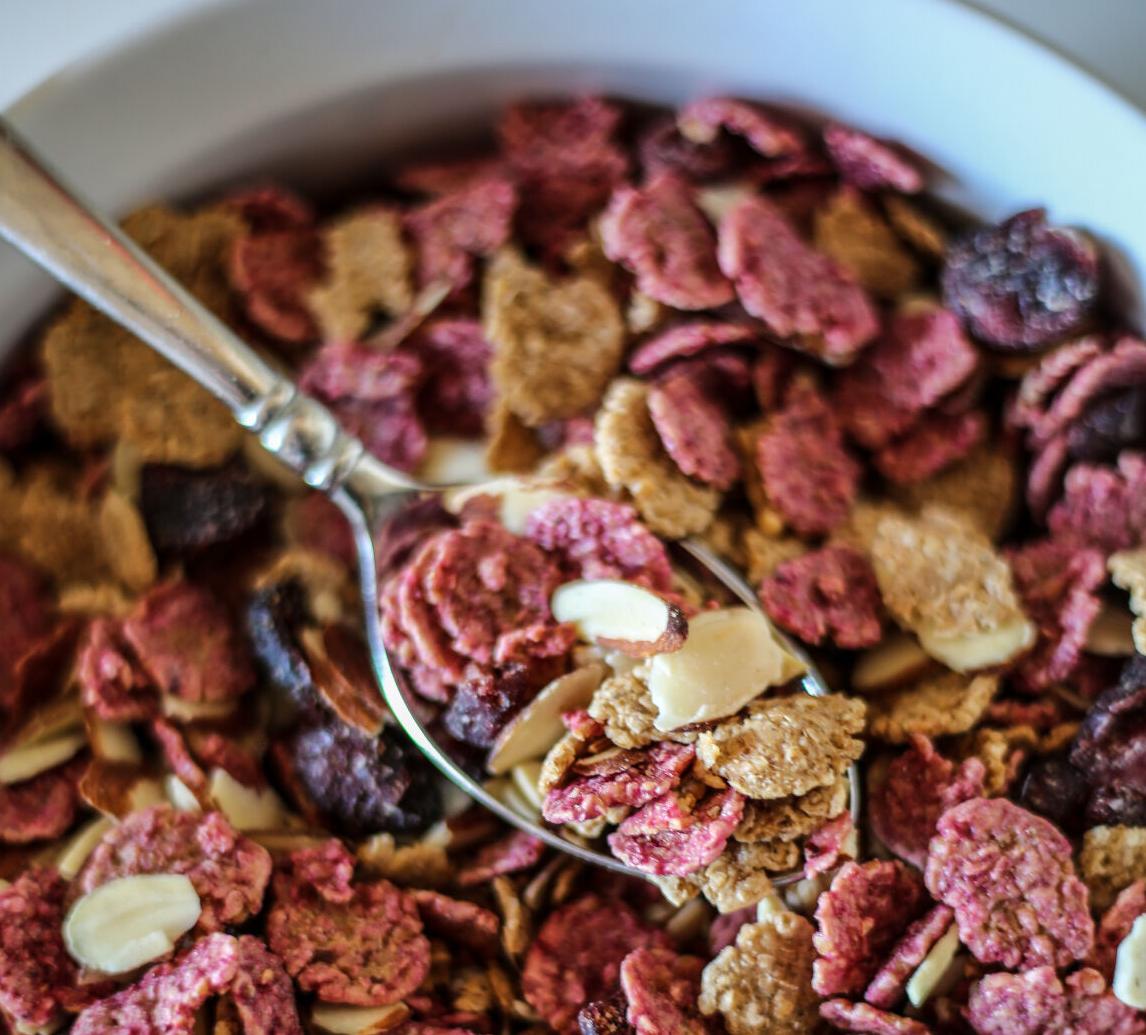 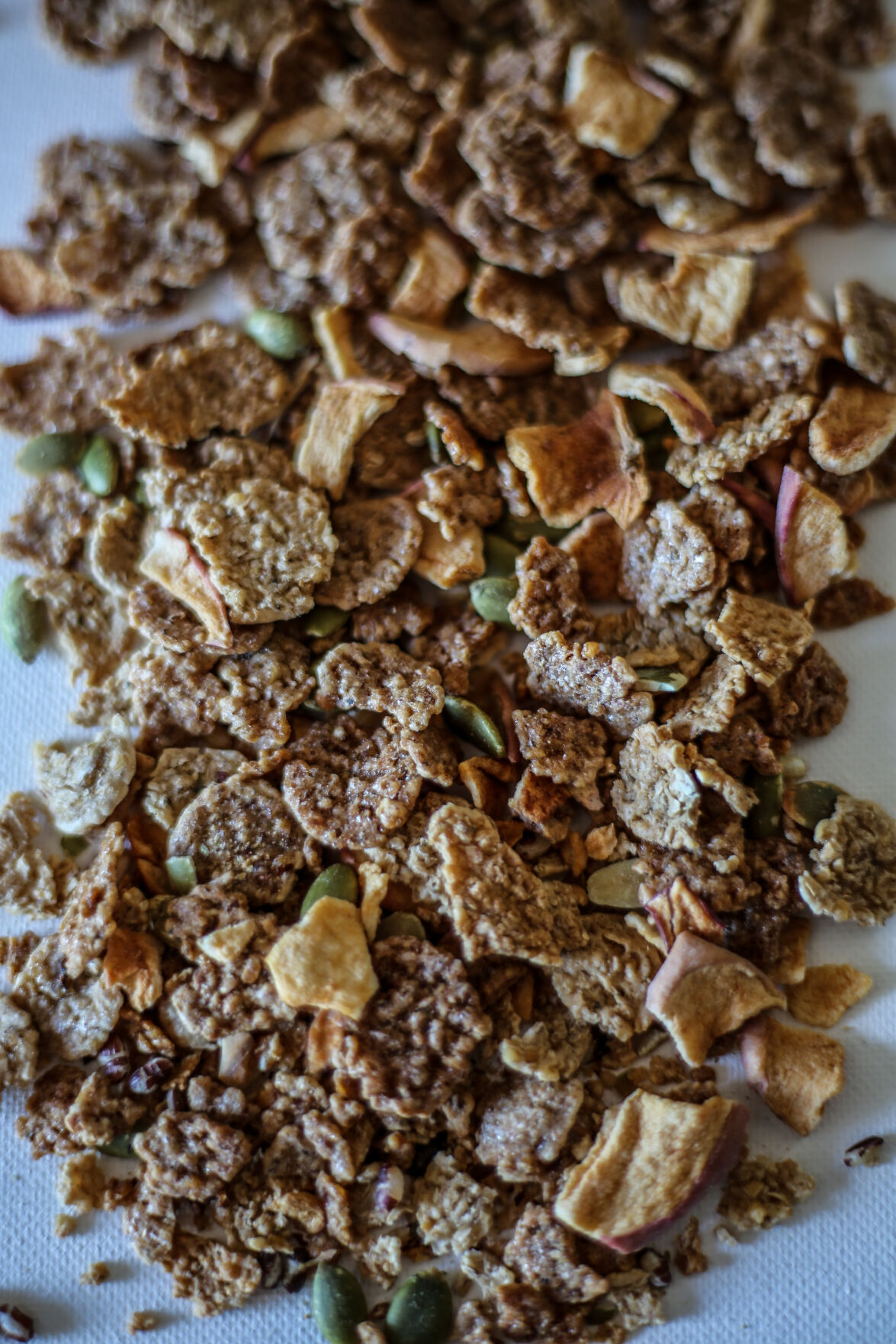 “It's not just Mom and hot dogs, apple pie and Chevrolet. You're conveying the fact that you're here in the backyard of the U.S. sorghum producers.”

“It's much more cost effective to buy from your own backyard, as opposed to shipping in and importing other ancient grains,” he said. “There are inherent benefits of using sorghum, especially when all things being equal in a nutrient profile.”

The number of food products in grocery stores is on the rise, and there are many situations where sorghum fits. KIND has a new line of cereals that contain what it calls “super grain flakes” or flakes that contain oats, sorghum, quinoa and amaranth. Four different varieties—dark chocolate almond, honey almond, apple cinnamon and cranberry almond all feature the super grain flakes.

“KIND was one great example of where sorghum fits in quite well,” Bice said. “We're in Kellogg's products as well and cereals like Cheerios.”

Another cereal, Grain Berry, is a standalone cereal dedicated to a specific type of sorghum, and according to Bice, it has “wonderful antioxidant properties.”

“So you see sorghum utilized clearly in those applications,” he said. “But really the growth area for sorghum is in areas such as snacks and ready-to-eat type of product lines.”

Most recently Ka Pop brought ancient grains to the public eye when they were featured on the television show Shark Tank in early 2020.

“They've done a really well and they're really moving as a retail space,” Bice said.

RightRice is another example, with sorghum, quinoa and other grains, that’s a healthier alternative to “straight up rice,” Bice said.

“For those of us who grew up with Rice-A-Roni, you know here now we're getting something ‘with a better nutrient profile,’ and hence why RightRice has been successful in promoting sorghum in that application,” he said.

One of the goals of the Sorghum Checkoff is to promote sorghum and create awareness and a paradigm shift to get sorghum away from just being considered strictly as a commodity and into the consumer market.

“We've spent a lot of time and resources on advertising and promotion, doing a lot of trade shows,” Bice said. “A lot of live events where we have chefs, or dieticians that speak on our behalf—in front of different again culinary folks, food service organizations, and let them see sorghum and all its glory.”

The Simply Sorghum website highlights all the applications for sorghum, highlighting three important areas within the food realm—sorghum malts, sprouted sorghum, and waxy sorghums. Bice said the malts are becoming increasingly popular in not only spirits and beverages, but also in meat analogues (plant-based meat substitutes). Sprouted sorghums are in chips, doughs and tortilla formulations.

“Waxy sorghums, which are different in the context of their starch matrix,” Bice said. “We see benefits there from not only taste component, but also processing benefit.”

Waxy sorghum types are a little more cost effective when in the cereal flaking process, even though this is a relatively new phase where sorghum fits in.

“But we're still working in the old way of finding sorghum grains, sorghum flours, sorghum syrups, popped forms—I mean all kinds of unique applications,” Bice said. “Sorghum really does anything any other grain can do.”

There are also high protein sorghum varieties that should be available commercially in 2021, he said.

“That's a big improvement to where we are at like 10% to 20% higher protein levels than we have historically for sorghum,” Bice said. “That's significant especially, when the push is plant based proteins.”

Whether a grower or producer agrees with the applications, Bice believes it’s a possibility of where some of the sorghum could eventually end up.

“Those high protein sorghums are great fit with respect to those market opportunities,” he said.

Sorghum also checks the non-GMO and gluten free boxes, as well as being sustainable. For more information about how sorghum is grown sustainably, Bice suggested visiting www.sorghumcheckoff.com/sorghum-sustains to understand the specifics of the crop.

“The consumer seems to be looking at pretty heavily is sustainability,” he said.

Sorghum can be considered sustainable due to its low water usage, how it fits into land management and the wildlife habitat it provides. Bice also sees how important it is to include sorghum in the food industry.

“Well from, again, the boxes that we checked earlier, as well as the whole grain and ancient grain push that we're seeing now—there's been a bigger push, and not only just in consumer but also in school lunch programs right where they're trying to bring more fiber into the diet or other nutrient components,” he said.

MyPlate recommendations didn’t always historically address fiber and those components that can take care of gut health in the human body.

“Where sorghum really shines brightly is as a fiber source,” he said. “It has a very high fiber number.”

It also fits in as a great source of protein as well as helping regulate blood sugar levels.

“Really it's that fiber push and that benefit that it provides from the consumptive behavior and the physiology of the human body that you want more of it,” Bice said. “And so that's where you're seeing a big driver with respect to gut health.”

At this point in the game, farmers are able to produce all the sorghum needed for these food products that include it, but Bice thinks that needs to change.

“That's really the $64,000 question,” he said. “We're still a commodity market where 90% plus, probably closer to 95% of U.S. sorghum production is dealt with on the commodity market. Now we have to do everything we can to change that ratio.”

It’s not going to be dramatically changed over night, but if more specialty sorghums are brought to fruition, and producers can focus on a consumer market instead of a commodity market, they can be just as successful with the crop.

“For what we're doing right now in the food space, we can keep up,” Bice said. “We want to change that though.”

In 2019, the Kansas Department of Agriculture and Kansas State University were awarded Federal State Market Improvement Grant by the U.S. Department of Agriculture, Agricultural Marketing Service. The award of $414,264 helped fund the project, FarmUs, a farm to campus collaborative to access consumer markets on Kansas college campuses, leverage workforce development and student innovation to create new applications and market opportunities for sorghum and wheat. Ultimately, successful prototypes will debut in the food service programs for college campuses in Kansas.

A class taught by project team member, Kelly Getty, engages students in the research and development process for new and novel consumer products. In the case of this project, the consumers of interest happen to be college students.

“Innovation and creativity are alive and well in the domestic and international food and retail space,” Wefald said. “FarmUs allows inquisitive food-science minds at Kansas State space to dream and creatively develop sorghum recipes, test among Regents institution peer groups and transition recipes from the lab into commercial research and development circles.”

This is the first semester for incorporation of the FarmUs innovation experience into a senior level food science class. The project team, which includes Kelly Whitehair with food service at K-State, is impressed with the concepts that students are developing. In parallel to the class experience, the lab of Yonghui Li is exploring innovative approaches to functionality and sensory with uses of sorghum and wheat.

“I am really pleased with the progress students have made in developing grain-based baked food products,” Getty said. “The students are developing 12 concepts that include sorghum-based waffles, bagels and cookies, a Japanese stuffed bun, an Italian-style sandwich bun, and a peanut butter apple muffin.”

Students are looking forward to showcasing their food products to their fellow students and members of the agriculture and food industry.

Whitehair who is an administrative dietitian, Housing and Dining Services and instructor, Department of Food, Nutrition, Dietetics, and Health, said K-State Dining Services already incorporates wheat and sorghum into menus.

“But we are really excited for some new product ideas and access that Dr. Getty’s class is developing,” Whitehair said. “The partnership from field to lab to kitchen to table is absolutely necessary in order for us to develop a more rounded, efficient, and sustainable food system.”

Sarah Sexton-Bowser, manager of the Center for Sorghum Improvement, sees FarmUs as an outcome of dynamic partnerships.

“In this case a great Department of Agriculture, K-State, partners of farmer leadership with the Sorghum and Wheat Commissions, and the nexus of student innovation,” she said.

Within CSI, there is a range of interactions between researchers and food companies that are working to identify sorghum as a solution to the needs of product development, Sexton-Bowser said.

“The solutions that sorghum provides can range from new health benefits, novel functionality in processing, and meeting expectations of consumers for fun, novel ingredients,” she said.

“The role of my team in the FarmUs project is developing technologies to efficiently extract those unique compounds and identifying their innovative uses, for example, as naturally derived dough improvers and nutraceutical additives for baked goods,” Li said.