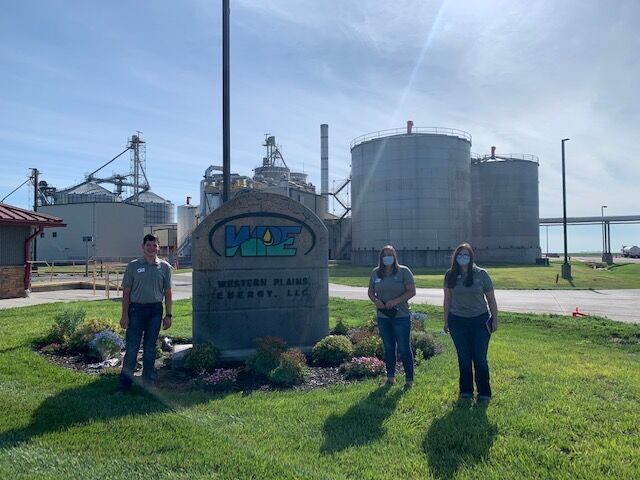 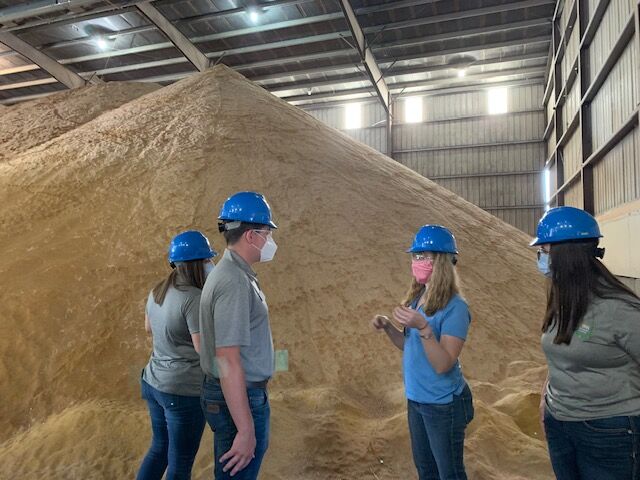 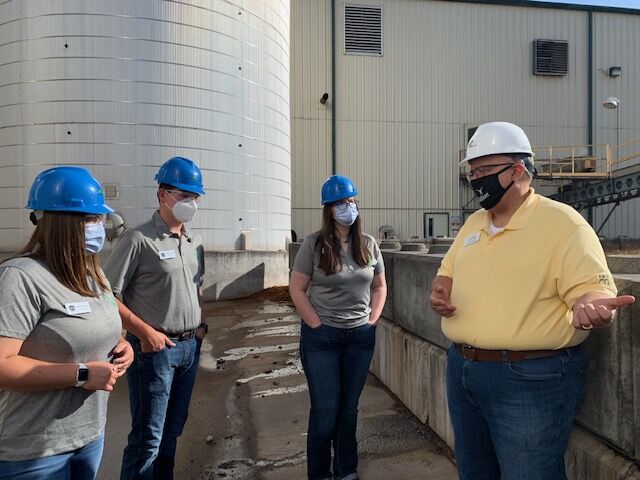 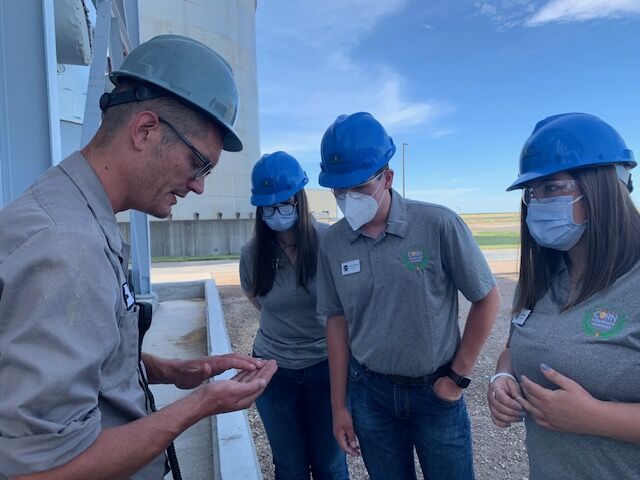 When people hunkered down last spring due to the COVID-19 pandemic, Derek Peine began to make adjustments at the western Kansas ethanol plant he operates.

Stay-at-home orders meant fewer people filling up at the pump. With a majority of the nation’s gasoline containing at least 10% ethanol, demand for the grain-based fuel fell by 45% and prices tumbled to record lows, according to the Renewable Fuels Association. By late spring, 30% of the nation’s 204 biofuel plants were idled. Others, including Peine’s Western Plains Energy plant in Oakley, slashed production.

But after a rough two years for the industry—which, besides COVID, has included trade wars and the effects of an Environmental Protection Agency waiver for small refineries—Peine and others see promise in ethanol’s future. Amid the significant corn surpluses, corn associations are looking at ways to speed up the recovery through the promotion of higher blends.

Last year, Kansas Corn launched the Fueled by Kansas campaign to boost sales of E15—or 15% ethanol. Other states are following suit with similar promotions. The EPA has also lifted a restriction on summertime E15 sales.

The 5% increase in ethanol at the pump could eventually mean a 7-billion-gallon rise in the fuel’s use—or 2.4 billion bushels of new corn demand, Peine said.

“At the end of the day, ethanol has been a huge success for rural America,” Peine said. “Finding a use for corn that is oversupplied—to find new markets for ethanol to increase demand—is big.”

Growing the demand for corn

Like many areas of rural America, ethanol has helped the economy surrounding Oakley, the county seat of Logan County, population 2,800. Western Plains Energy opened in 2004. Today, it employs more than 40 people who help produce 50 million gallons of fuel-grade ethanol from 17.5 million bushels of corn, plus 340,000 tons of wet distillers grain—largely used to feed the region’s cattle industry.

At present, about a third of Kansas’ corn is used in ethanol production, said Josh Roe, vice president of market development and policy at Kansas Corn. He added that studies conducted by Iowa State University indicate approximately 36% of the price of corn is attributed to ethanol.

“So, if we assume $4.70 corn, which is a typical cash price today, roughly $1.69 of that price is directly attributable to ethanol,” he said.

Efforts to boost E15’s presence at the pump gained momentum in June 2019, when the EPA approved year-round sales of the blend, opening up enormous potential for the industry and corn farmers, Roe said. Previous restrictions blocked the fuel’s use during the summer.

Roe said a few pockets of the country still have restrictions in place, and both Kansas and Missouri, along with grain associations, are working to finalize changes to allow summertime E15 sales in the Kansas City metro area. Roe expected regulations to be lifted this winter.

“I’d say it is one of the biggest shining lights we’ve been working on,” said Roe, adding that 50% of the Kansas population is in that region, doubling the potential E15 consumers in Kansas and greatly increasing the potential Missouri customers.

Other states are seeing benefits, too. Amid the impact of COVID, the Iowa Department of Revenue reported in April a 38% jump in E15 sales across Iowa in 2019, totaling a record high at 47.4 million gallons purchased by Iowa motorists.

Even respected political leaders have endorsed the benefits of using ethanol in much higher volumes. In 2019, Sen. Chuck Grassley, R-Iowa, and former Sen. Timothy Wirth, D-CO, wrote a bipartisan message stating the use of E-15 as a solution to the nation’s energy and climate challenges.

All told, about 2,250 sites are currently selling E15 across the country—a more than 10% uptick from December of last year, according to the biofuel trade organization Growth Energy. Federal grant funding has helped offset costs to retrofit stations with blender technology. In October, the U.S. Department of Agriculture awarded $22 million to 40 recipients in 14 states, including Missouri, Kansas and Nebraska.

“It is usually priced $0.05 lower than E10,” Roe said. “You don’t have the drop off of fuel efficiency. It is a cheaper fuel, cleaner fuel.”

Even with fewer drivers going to work, school and on vacations, Growth Energy CEO Emily Skor this fall called E15 a bright spot amid a pandemic.

“The really good news that I saw coming out of COVID is that E15 sales increased 10% despite the huge plummet we experienced in fuel demand,” she stated.

The expansion includes some of the industry’s biggest names adding E15, such as Casey’s in Kansas. About 50 locations across Kansas now offer E15 blends or higher with more expected to come online in 2021.

At his pumps, Phil Neer, who owns a group of Jump Start stations in the Wichita metro area, said the USDA grant helped him install blender pump technology at one of his Wichita Jump Start locations. Neer now has 15 stations offering higher blends of ethanol, including E15.

He sees the E15 venture as a way for consumers to purchase higher-octane fuel—commonly labeled as Unleaded 88 at his stations—for a price lower than they were paying for 87-octane fuel containing 10% ethanol.

“We’re giving consumers a choice,” he said, adding it also helps the Kansas economy. “We are creating jobs, not only in our stores, but in the rural markets, in the plants. Consumers can now say they are fueled by Kansas farmers. Most of the crop is grown within a 50-mile radius of the plant.”

Jody Jarnagin, whose family has the KJK Country Corner store at Deerfield, said a local corn farmer approached them about the grant program and installing infrastructure for higher blends of ethanol. The infrastructure allows consumers to blend at the pump ethanol percentages of 10, 15, 30, 50 and 85.

Jarnagin said she purchases ethanol from plants in the Garden City area.

“It was a win-win situation for us,” she said. “We are a farming community. It comes full circle as a way to give back to the farmers who are supporting us.”

“It would be a pretty good-sized feedlot that would consume that amount of corn,” he said, adding that with the distillers' grain also produced through ethanol production, “you can obviously supply both (a fuel station and a feedlot) with the same bushel of corn.”

Through November, U.S. ethanol producers had already lost $3.8 million since the start of the pandemic, according to RFA. In a response to reduced travel and lower fuel demand, ethanol producers slashed production by 2 billion gallons between March and November and cuts are expected to continue for months to come.

Western Plains was among them. Peine cut production in Oakley to 50% in an effort to weather the storm. He shifted the company’s grain position around to offset the downturn and worked to keep on all his employees.

Today, the plant is back to capacity for the season. But more markets are needed. In 2019, Kansans consumed 151 million gallons of ethanol through regular unleaded E10 fuels, according to Roe.

“If an E15 standard were adopted that could increase the baseline ethanol demand by 75 million gallons—equivalent to a typical Kansas ethanol plant—(that’s) approximately 26.5 million bushels of corn.”

Midwestern corn farmers, with their ever-growing yields, depend on ethanol production as a market for their crop, Peine said.

“This facility was built to find a new home for the regional grain supply and add value for that supply, and the industry really sparked and grew,” Peine said. “With that in mind, we are going to have to continue to find more and more homes for our grain supply as our corn and sorghum yields increase.”

Amy Bickel can be reached at journal@hpj.com.