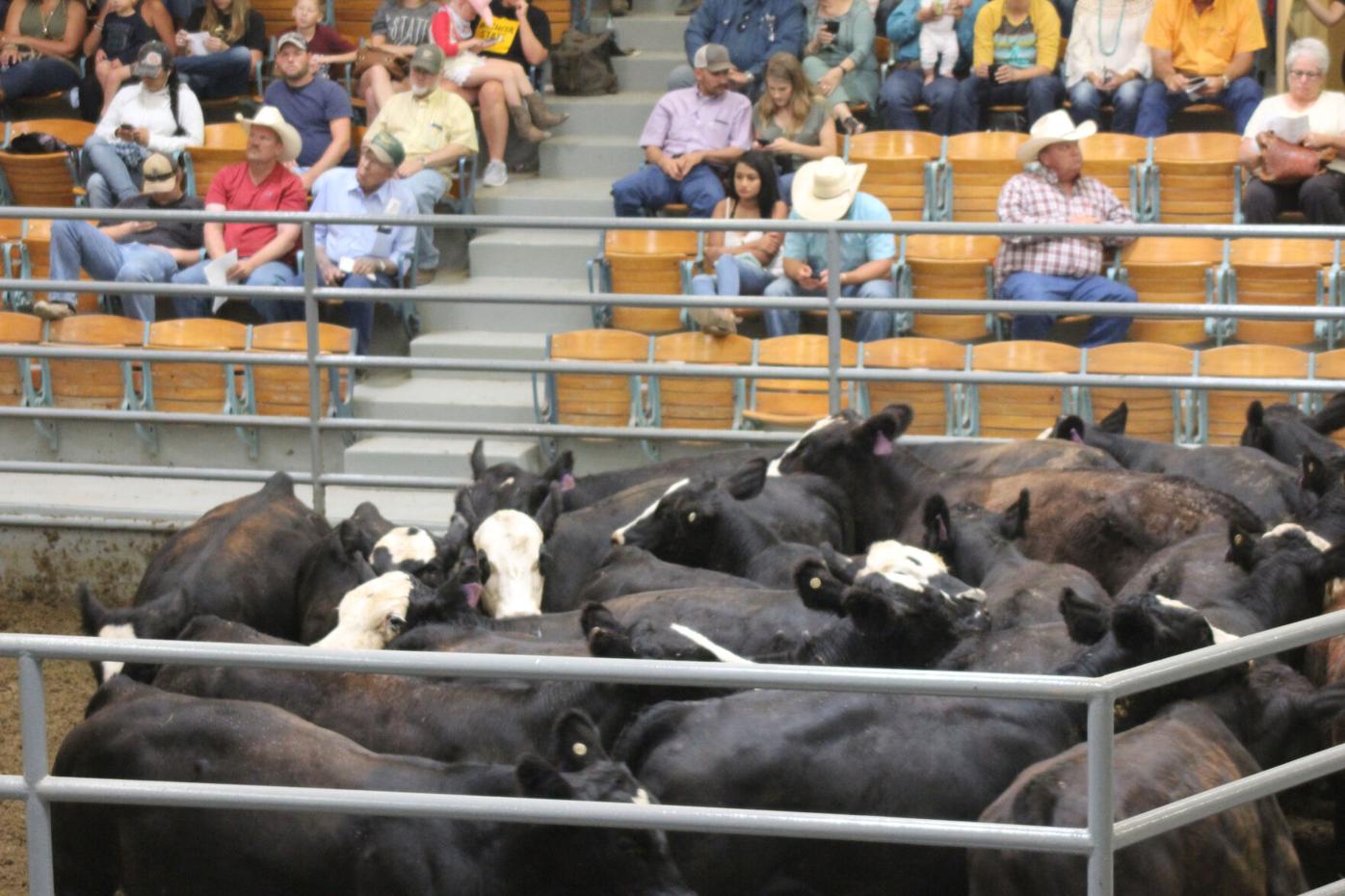 The fourth annual King of the Ring competition on Aug. 7 coincides with the 85th anniversary of Winter Livestock, Dodge City, Kansas, and will draw large crowds to take part in events planned for Aug. 4 to 7. (Journal file photo by Dave Bergmeier.) 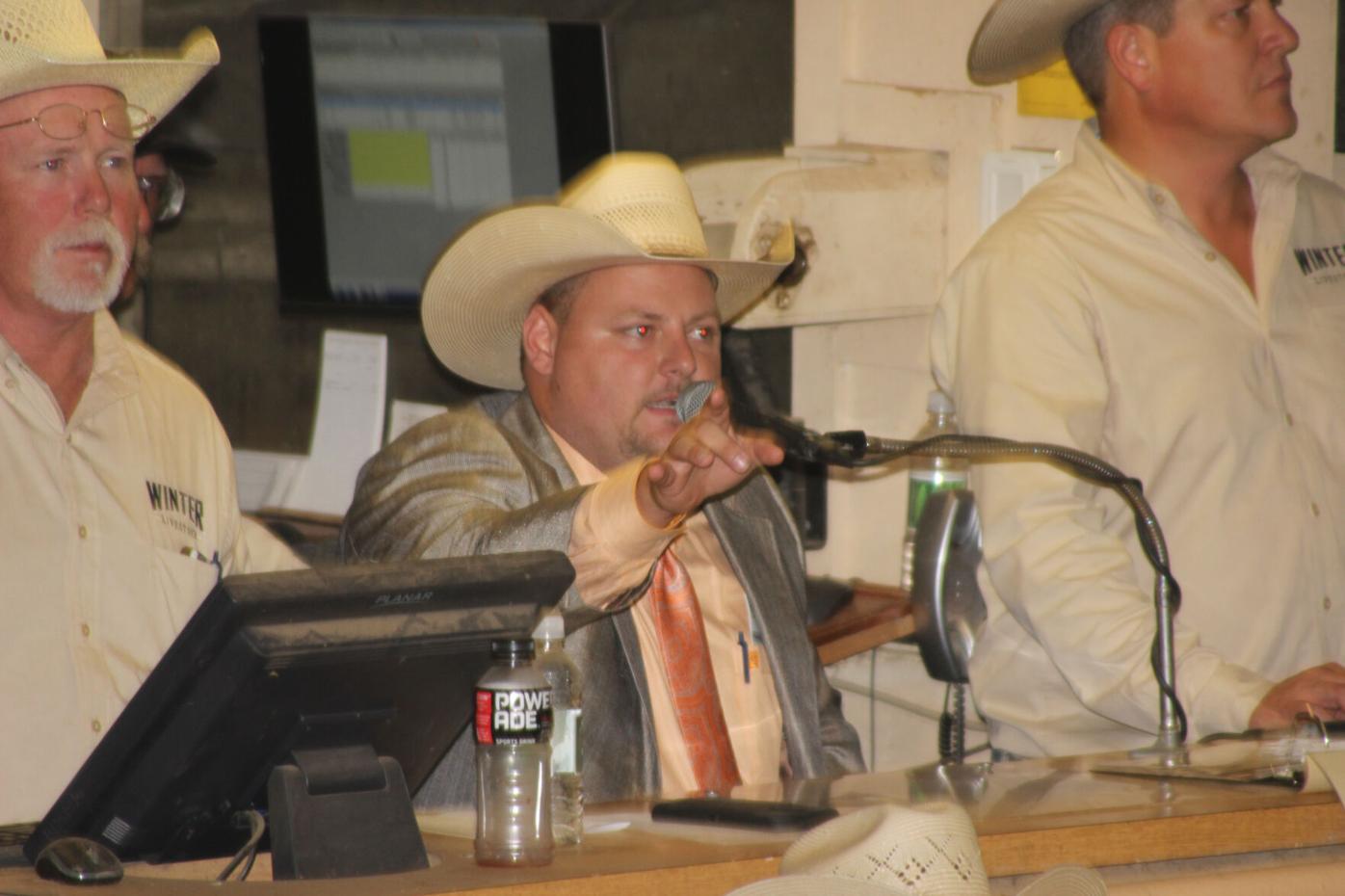 The King of the Ring auction contest set for Aug. 7 will be among the activities at Winter Livestock, Dodge City, Kansas, as part of its 85th anniversary celebration.

“We’ll have some of our own auctioneers and top auctioneers from across the country,” said Brian Winter, owner and operator of Winter Livestock.

Dustin Focht, Stillwater, Oklahoma; Joe Frazier, McCook, Nebraska; Lance Cochran, Medford, Oklahoma; and Marty Neugebauer, LaJunta, Colorado, are among the featured auctioneers. Five judges will provide an objective view of what it takes to win the King of the Ring title.

The King of the Ring event starts with a breakfast at 7 a.m., with competition starting at 8 a.m. Lunch will be served from 11 a.m. to 1 p.m. with an ice cream social at 2 p.m. The award ceremonies start at about 3 p.m.

The 85th anniversary celebration begins Aug. 4 and culminates with the King of the Ring, Winter said, and activities were set so customers and guests can also attend Dodge City Days and the Roundup Rodeo. Events at Winter Livestock will be free thanks to sponsors, Brian Winter said.

The next event, Aug. 5, is at Pratt Livestock, with the Cattleman’s Hall of Fame sale starting at 8 a.m. A breakfast is planned for 7 a.m. and an induction ceremony for the hall of fame is set at 1 p.m.  Inductees include Mike Samples, Salina, Kansas; Tom Frey, Centennial, Colorado; and the late Karl Winter, whose last name remains a signature of Winter’s operations.

Events on Aug. 6 include a High Plains video auction at Dodge City and a King of the Ring Golf tournament at 3 p.m.

The roots of the King of the Ring celebrate the memory of the late Roger Emigh, a livestock auctioneer who had a long affiliation with Winter Livestock and a dream to bring the nation’s top auctioneers to the sale ring in Dodge City. He won the 1991 World Livestock Auctioneer Championship. His dream has come to fruition starting four years ago.

“Auctioneers have a lot of events to go to so to get eight guys of this quality to come at a busy time of the year is big,” Winter said. “They enjoy selling big loads of cattle off the grass from local producers. We might take it for granted because of the region we are located in but in many other places where the lots are much smaller this is big to them.”

The attraction of the competition, helping the sale barn with its 85th milestone, Dodge City Days and its heritage as a cattle town is an attraction to the competitors and their families, and honoring Emigh’s memory also is important to contestants.

It will be a busy week for Winter Livestock. Events will coincide with regular events and nearly 30,000 head of cattle are expected to go through the ring at events scheduled in Dodge City and Pratt.

“It has been a family business all this time,” Winter said. “It is our turn to hold the line.”

The other Winter sale barns in Riverton, Wyoming, and LaJunta, Colorado, are also sharing the limelight of the activities.

Brian Winter said the success of the Winter operation, which dates back to 1936, has a simple formula—the relationship with producers. The anniversary helps reinforce the importance of the buyer-seller relationship that has existed since day one.

“We want the sellers to get the most money for their livestock,” he said.

Today’s Winter operation provides the latest ways to market livestock, including electronic and internet services, and offers producers all the latest in technology. The anniversary is also a time to thank current and past employees who have been integral to the operation’s success.

Their commitment for the festivities and King of the Ring activities speaks volumes about employees, he said.

“This is a lot of work for our employees but everyone rallies and I think they enjoy the activities and what it all means,” Winter said.