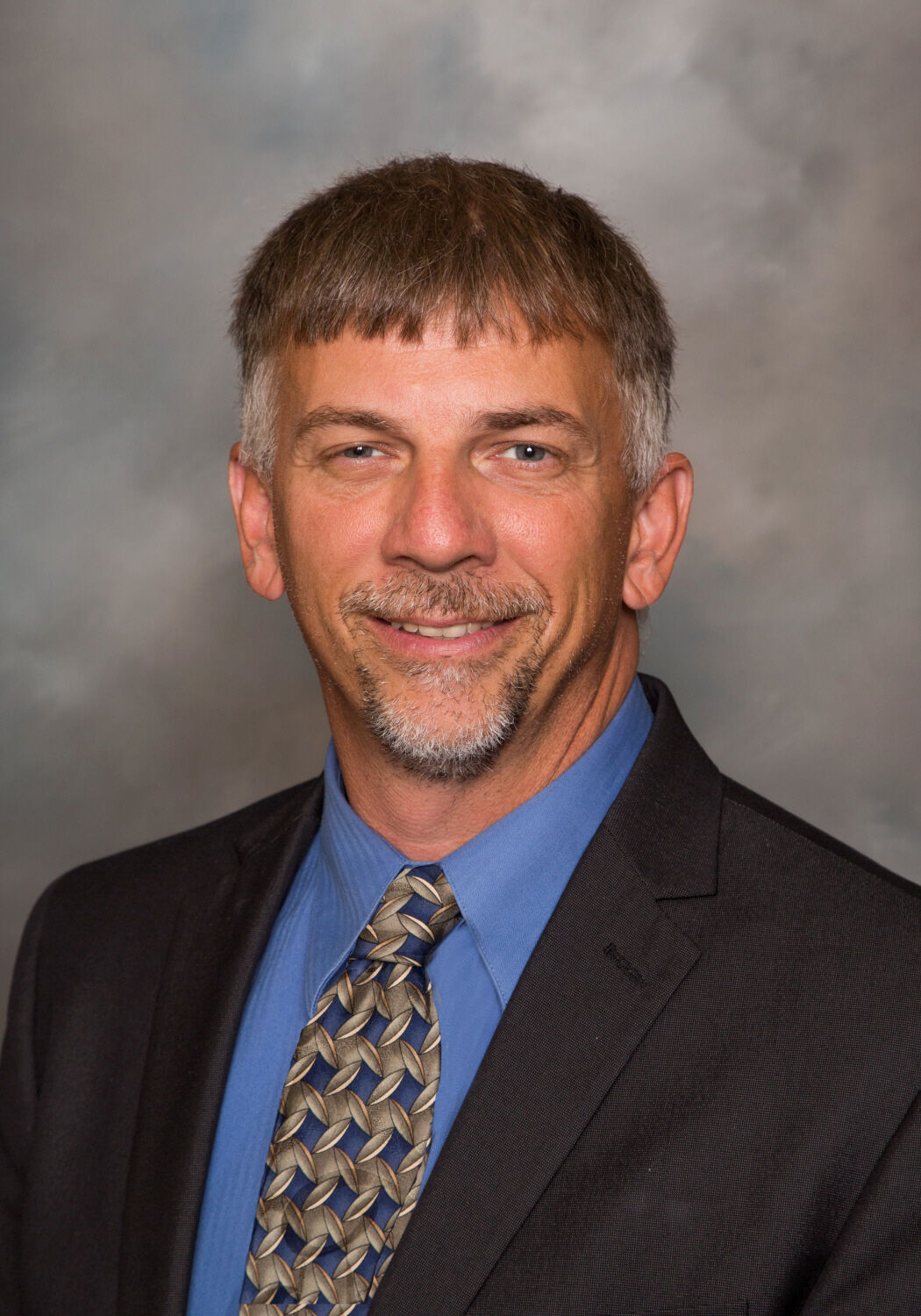 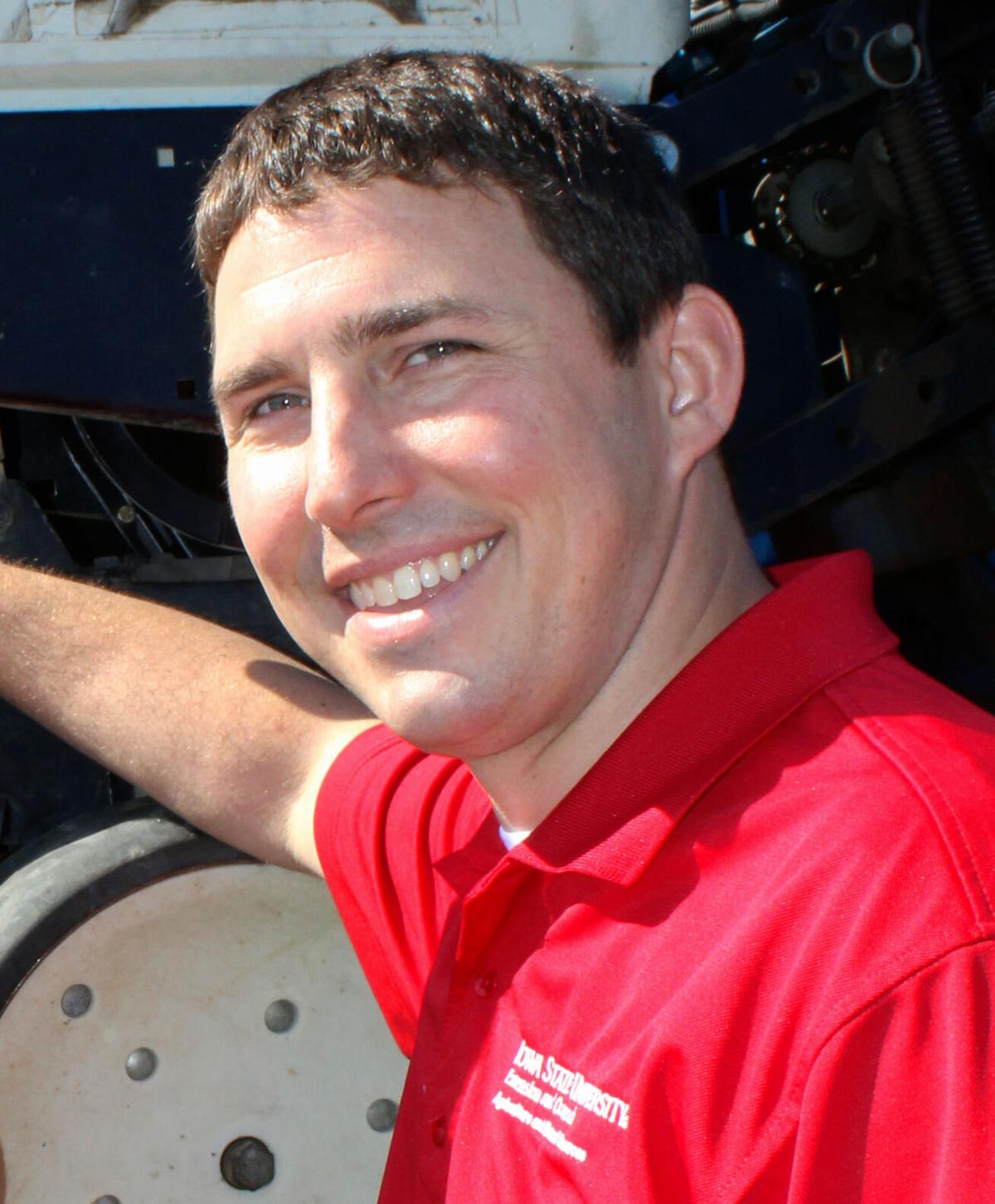 A promising corn crop was literally “gone with the wind” for Iowa farmer and rancher Lance Lillibridge when a derecho, or windstorm, hit his state on Aug. 10.

At around noon he received a text from a friend about 100 miles west of his operation who told him about the high winds. Lillibridge and his family quickly “buttoned up and put everything under a roof.” He has farmed in the area since 2003 with corn, soybean, hay and a Red Angus cow-calf herd.

About 35 minutes later the wind speed rapidly increased and sirens went off, he said. The storm leveled about 90% of the 1,050 acres of corn Lillibridge had planted earlier this year, which was unfortunate because the crop was in the stretch run of growth before the straight-line windstorm hit Vinton in Benton County.

“The kernels are really milky. It will make for a bigger problem in trying to pick it,” Lillibridge said. “We’ll have a really messy harvest. It will be poor quality grain. A lot of places won’t take it. This is an entirely new train wreck to deal with.”

Mark Licht, assistant professor of agronomy and Extension cropping specialist at Iowa State University, said the storm was geographically a large one.

“It was a storm that traveled 770 miles over 14 hours from south, southeastern South Dakota and northeastern Nebraska east to southwestern Michigan and northeast Ohio. The brunt of the force seems to have started near Carroll, Iowa, and moved east, southeast to the Mississippi River and extends into western Illinois.”

The early estimate of damaged acres was pegged at 10 million acres in his state. “I think that estimate is high,” Licht said. “My guess is something close to 6 million acres based on satellite imagery.”

Damage assessments and the resulting financial impact in Iowa are unknown, Licht said, adding it will be mid- to late August before any accurate overall estimate could be projected, but he expects many farmers to face significant losses.

The Iowa corn crop appeared to be promising, he said, although it had faced obstacles before the Aug. 10 storm. West of Interstate 35 is the epicenter of drought conditions with a D3 drought categorization. The drought conditions had been expanding north to northeast. Some damage from the derecho impacted the D3 drought area. However, east of I-35 to east central Iowa the crop was looking really good with little impact caused by the drought conditions.

Lillibridge had optimism in the potential yield in what has been a challenging year for farmers to grow crops or raise livestock. He lends unique perspective because it is not the first time he has experienced Mother Nature’s finickiness.

“We went through a derecho in 2011 that destroyed every building and our grain bins, everything except the house,” he said.

In 2008, he experienced a flood, and in 2012, there was a major drought. Lillibridge said he and his family thankfully had a good stretch until 2020. There was sense of optimism with the Donald Trump administration about future opportunities beginning in 2017. Now farmers face a tougher economic stretch with the impact of a trade war, and refinery waivers granted by the Environmental Protection Agency have cut demand for ethanol. COVID-19 has only added to the economic challenge.

Producers should first talk to their insurance company, Licht said.

Lillibridge is thankful for crop insurance that will cushion some of the damage but he would have much rather have picked the crop. He will still need to run the combine through the field to collect corn that escaped damage plus he needs to document the loss.

Licht said after reviewing crop insurance then his next recommendation is to decide on whether to harvest the crop as a grain or take it for forage harvest as silage or green chop. “The corn crop is not going to recover. It cannot recover after going into the seed filling/ reproductive stages. Very little vegetative recovery will happen,” Licht said. “However, grain filling will continue as long as the stalk did not break or get pinched below the ear but at a much slower rate than prior to the storm damage. The question remains on how much grain fill will occur.”

Lillibridge said some farmers may cut the crop for its silage value but that will not be the case for him as the crop was not far enough along to make good silage quality, although he expects many Iowa farmers to consider the option based on their individual situation.

The wind injury damage was what caught Licht’s attention to the corn crop.

“Yes, there was rain but most soils were dry beforehand,” he said. “The dry soil allowed rain to soak in to some degree but also is why pinched stalks or stalk breakage occurred.”

Lillibridge may see some damage to his soybean crop, too, but to what extent is not known.

“They (soybeans) got laid over pretty good. Some beans are starting to stand up again,” Lillibridge said. “I really don’t have an opinion on the soybean crop yet. The saving grace is we’ll have OK beans but we won’t have a corn crop.”

The rain from the storm may have provided more benefit for soybeans than harm, Licht said.  “Time will tell but soybeans do rebound and, while still tangled, they appear vertical and look pretty good. Rains could help with the soybean seed filling.”

Several days removed from the storm, Lillibridge was headed to an Aug. 13 event on behalf of Iowa Corn Growers to meet with Vice President Mike Pence.

The American farmer is very resilient but the economic headwinds are not ones to take for granted. That is a message he hopes will be heard by Pence and the Trump administration.

Before the storm, “We were optimistic we had a good crop coming,” but he added his overall optimism has been challenged in recent years because of poor grain prices.

“It is very disheartening. My wife and I scratch our heads and ask ourselves, ‘How is this work out? What will happen here with prices?’”

If the prices do come up it will help but if they continue to languish it will continue to be tough on producers, he said.

“I’m hoping we can get in the field and harvest something,” Lillibridge said. “There are people from here to the Mississippi River who literally won’t be able to harvest anything.”

Licht said additional acres in western Illinois were also damaged but those reports are not known yet.

Lillibridge said the price for the woes felt in middle of the country is going to ripple through the overall economy, which he says is another reason that he wants tell the story about the importance of renewable fuels and in particular ethanol because it helps stabilize corn and fuel prices and diversifies the country’s energy portfolio.

The U.S. Department of Agriculture announced the availability of assistance for agricultural producers in the Midwest affected by the recent severe weather to help eligible farmers and ranchers reestablish their operations.

“Our agricultural producers provide Americans and consumers around the world with such abundance, it’s critical that we stand with them when confronting disasters like the derecho that has devastated so many in America’s heartland,” said Bill Northey, USDA Under Secretary for Farm Production and Conservation.

Livestock owners and contract growers who experience above normal livestock deaths due to specific weather events, as well as to disease or animal attacks, may qualify for assistance under USDA’s Livestock Indemnity Program. The Emergency Assistance for Livestock, Honeybees and Farm-Raised Fish Program provides payments to eligible producers to help compensate for losses due to disease (including cattle tick fever), and adverse weather or other conditions, such as blizzards and wildfires, that are not covered by certain other disaster programs. Producers of non-insurable crops who suffer crop losses, lower yields or are prevented from planting agricultural commodities may be eligible for assistance under USDA's Noninsured Crop Disaster Assistance Program if the losses were due to natural disasters.

Orchardists and nursery tree growers may be eligible for assistance through USDA’s Tree Assistance Program to help replant or rehabilitate eligible trees, bushes and vines damaged by natural disasters.

Producers with coverage through the Risk Management Agency administered federal crop insurance program should contact their crop insurance agent for issues regarding filing claims. Those who purchased crop insurance will be paid for covered losses. Producers should report crop damage within 72 hours of damage discovery and follow up in writing within 15 days. The Approved Insurance Providers, loss adjusters and agents are experienced and well trained in handling these types of events. As part of its commitment to customer service, RMA is working closely with AIPs that sell and service crop insurance policies to ensure enough loss adjusters will be available to process claims in the affected areas as quickly as possible. For more information, visit www.rma.usda.gov.