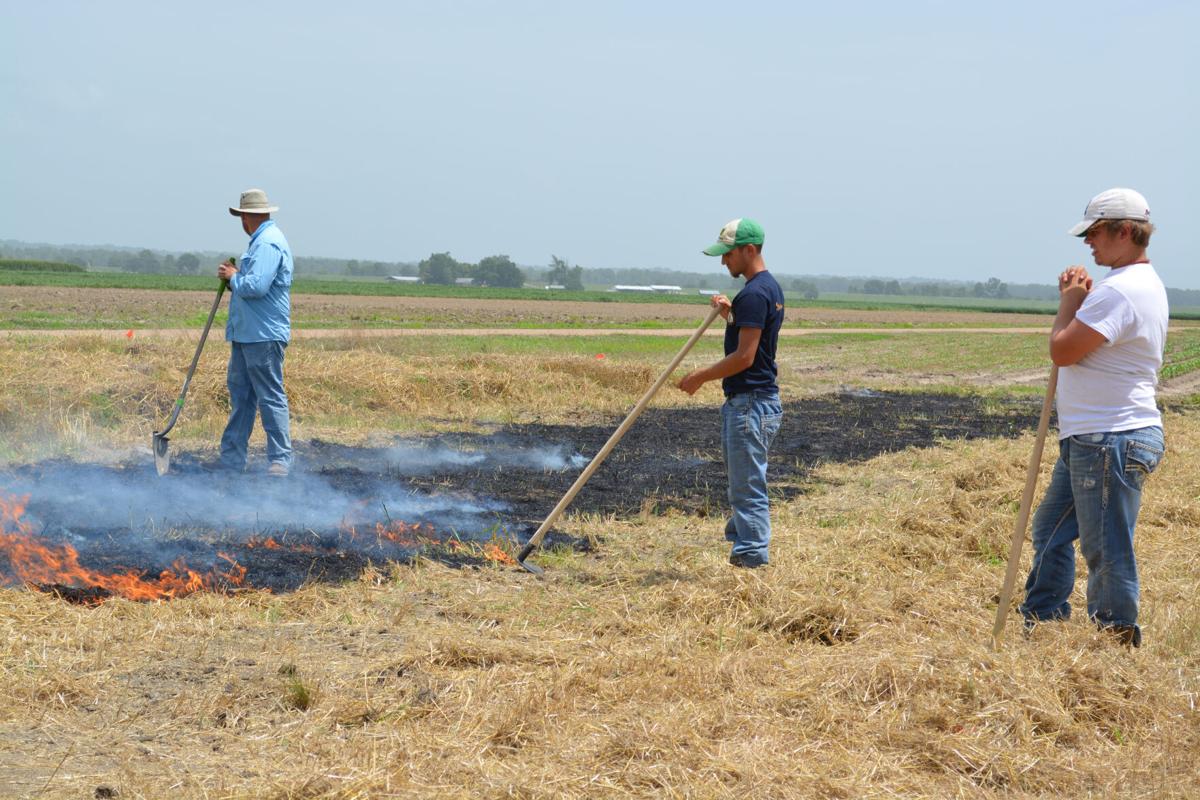 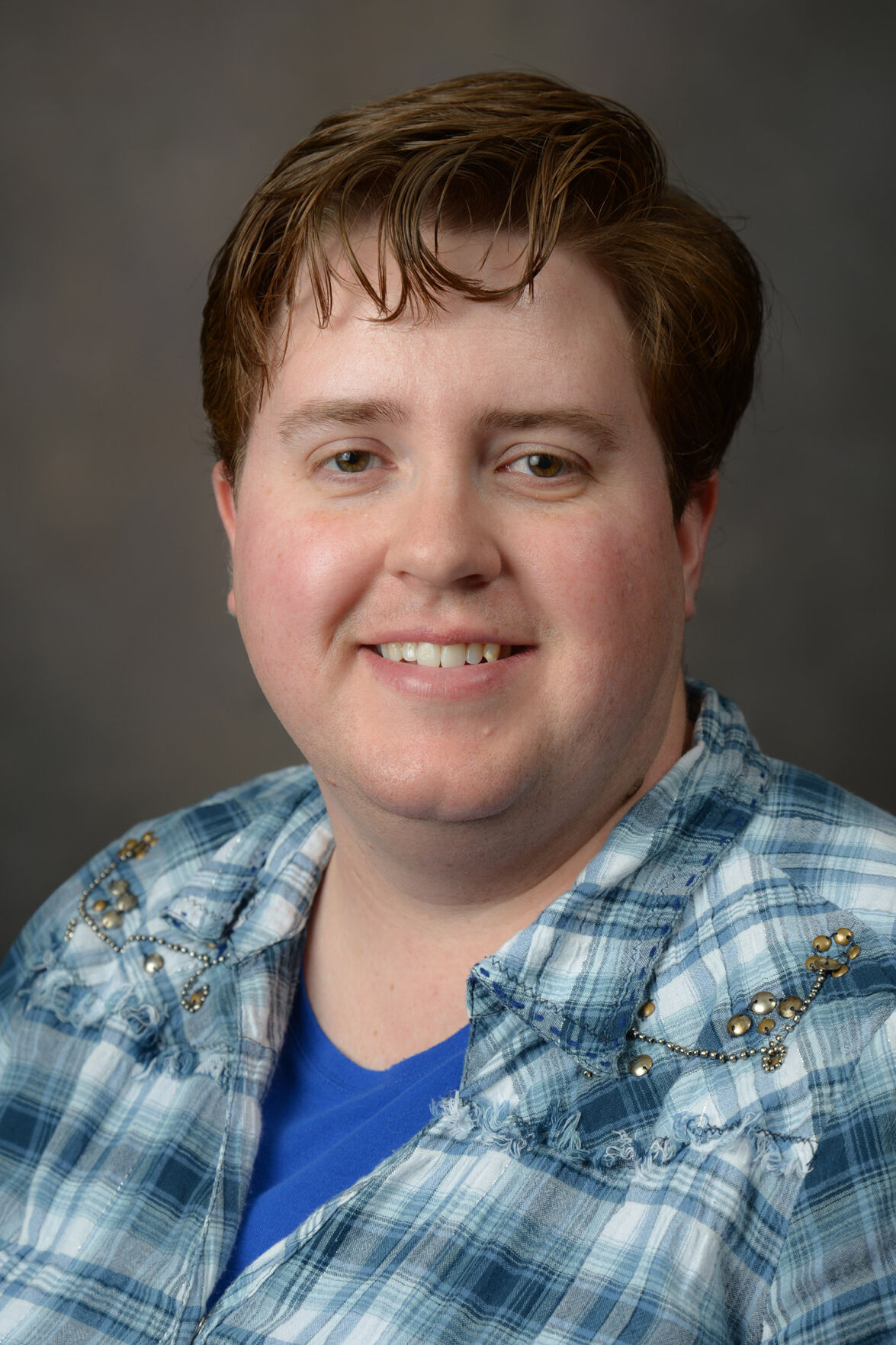 Farmers and ranchers yearn for the latest information on soil health and what it can mean for their short- and long-term goals to maintain and develop their nutrient base.

Lisa Fultz, an Oklahoma native and faculty member at Louisiana State University, along with her team, is researching how no-till and prescribed burning might work together to build soil properties. Most research focuses on each technique separately but Fultz and her team looked at how integrating the two techniques might help producers.

No-till is a practice where farmers plant directly into the crop debris from the previous year. Prescribed fires are used to purposely burn off the previous crop debris, according to a release from the American Society of Agronomy, Soil Science Society of America and Crop Science Society of America. Using no-till and prescribed fire management are two potential ways to manage crop residue. The practices help keep organic matter and nitrogen in the soil, and research was needed to understand how these two practices can affect long-term soil health.

There are many institutions that look at prescribed fire in a variety of environments, most commonly grasslands and forested areas, Fultz said. There are not many though that explore its use in traditional agricultural fields or the impact on soil fertility and biological properties.

Unique in many ways

The two concepts at first might seem opposite strategies but Fultz said that may not be the case.

“In general, one goal of soil conservation is to maintain soil cover while the use of prescribed fire is a fairly effective way to do the opposite of that,” Fultz said. “However, both result in minimal to no physical disturbance of the soil itself, which has been shown to promote microbial community growth and increased soil stability. For that reason, the use of prescribed fire may serve as a complementary tool when surface residue management is necessary, but producers want to maintain their no-till management practices.”

Researchers focused on a winter wheat-soybean rotation with prescribed fire used to manage the wheat residue. The second location was in a continuous corn trial. Residue is a part of the natural investment into the next crop cycle.

“Surface residue management is a vital part of soil conservation, and in particular I have always been interested in alternative methods and how they influence soil health and plant growth,” Fultz said. “My initial introduction to the use of prescribed fire was during my master’s program working in the Oklahoma Panhandle where farmers were using prescribed fire to remove wheat residue following harvest.”

She was interested in how its use affected the soil environment and how it might fit into soil conservation practices. When colleagues Josh Lofton and Beatrix Haggard initiated this project, it seemed like a natural area for Fultz to continue her work in exploring the interaction between soil management and soil health. Her interest in surface residue management practices is something she also worked on during her doctoral program and led naturally into joining the research project.

Preserving microbes in the short term, researchers did observe that, while variable, they did not measure significant losses in microbial biomass, enzymatic activity or nutrient availability with the two practices combined.

The team focused on wheat and soybean rotations and continuous corn production systems. “These are common practices not only in the mid-South, but across many areas of the world,” Fultz said.

“Wheat and corn production leave behind residue,” she says. “Common practices, like conventional tillage, are highly disruptive. The need to identify viable conservation practices is growing in importance.”

Crop residue and its degradation by soil microbes is an important part of the carbon cycle. Plants store carbon during the growing season, then microbes use the plant residue for food. The carbon then gets stored in the soil in a chemically stable form.

“Fresh, green material in no-till fields is easy to breakdown and provides rich nutrients for soil microbes,” Fultz also noted in the release. “Ash from burned residue is more chemically stable, but it doesn’t provide a nutrient source for microbes.”

In the case of the wheat-soybean rotation researchers were able to collect data over two years and found that there was no significant difference in our pre-prescribed fire samples indicating that there wasn’t a loss in that system,” she said.

From the soil perspective, the use of prescribed fire in wheat rotations can be a useful tool when needed. There were also beneficial impacts of residue management on soybean yields. Specifically practices that reduced disturbance and maintained surface cover resulted in improved soybean yields.

Preserving precious microbes was and continues to be essential in current and future research, Fultz said.

In humid sub-tropical environments, prescribed fire did offer short-term benefits to soil fertility, which indicates that, if used, timing is very important, she said.

“However, in our short study we did not identify significant differences in soil properties between prescribed fire and no-till management, meaning that prescribed fire may be a possible tool for residue removal in some systems,” Fultz said. “However, a more in-depth investigation is needed to monitor long-term or frequent use of prescribed fire.”

The more information that can be gathered in residue management studies across a variety of climates is necessary to help producers select tools to manage their systems, like residue management practices, she said. Prescribed fire may have some short-term benefits, but little work has been done in agricultural production to determine the long-term impacts its use may have on things like soil organic matter content, nutrient retention and availability and biological properties.

Her project also had a fairly low-technology approach, she said. There are key elements like weather conditions in the case of prescribed fire to ensure that conditions are favorable and can make control of the prescribed fire easier.

Fultz said each region has unique challenges and producers have to take that into account if they want to incorporate the practices on their farm.

“That’s why work like this is important across a wide range of conditions and climates. For example, prescribed fire in Louisiana is more common in southern Louisiana as a residue management practice for sugarcane residue,” Fultz said. “It provides a way to reduce surface residue following harvest to allow regrowth of the sugarcane under more favorable conditions at a time of the year that field conditions might not be conducive to getting equipment through the field. However, there are some possible air quality issues and long-term impacts that need to be further investigated.”

One aspect she has learned from the fire was that it can be part of the arsenal for producers.

“I think that, from the soil perspective, the use of prescribed fire in wheat rotations can be a useful tool when needed,” Fultz said. She noted how the residue management studies discussed in her team’s paper impacted yields, finding that there were significant impacts of residue management on soybean yields. Specifically practices that reduced disturbance and maintained surface cover resulted in improved soybean yields.

More information is available through a search at Agrosystems, Geosciences & Environment. Fultz also suggested reaching out to Extension agents or university faculty, who can offer insight to regional specific information.

“The toolbox available to producers is vast and variable. Being willing to try new methods or technologies is very important, but I would suggest starting small,” Fultz said. “As producers know, what worked for a neighbor may not work for them, but there may be some adaption that can be learned from what was done.”

Lisa Fultz is originally from Oklahoma and has always been interested in environmental concerns which progressed naturally into soil conservation after taking her first soils course in college. She earned her bachelor’s in environmental science and master’s in plant and soil science-soil chemistry from Oklahoma State University before earning her doctorate in plant and soil science-soil biochemistry and microbial ecology from Texas Tech University. In 2014, she joined the faculty at Louisiana State University and the LSU AgCenter as an assistant professor of soil microbiology in cropping systems. She was recently promoted to associate professor.