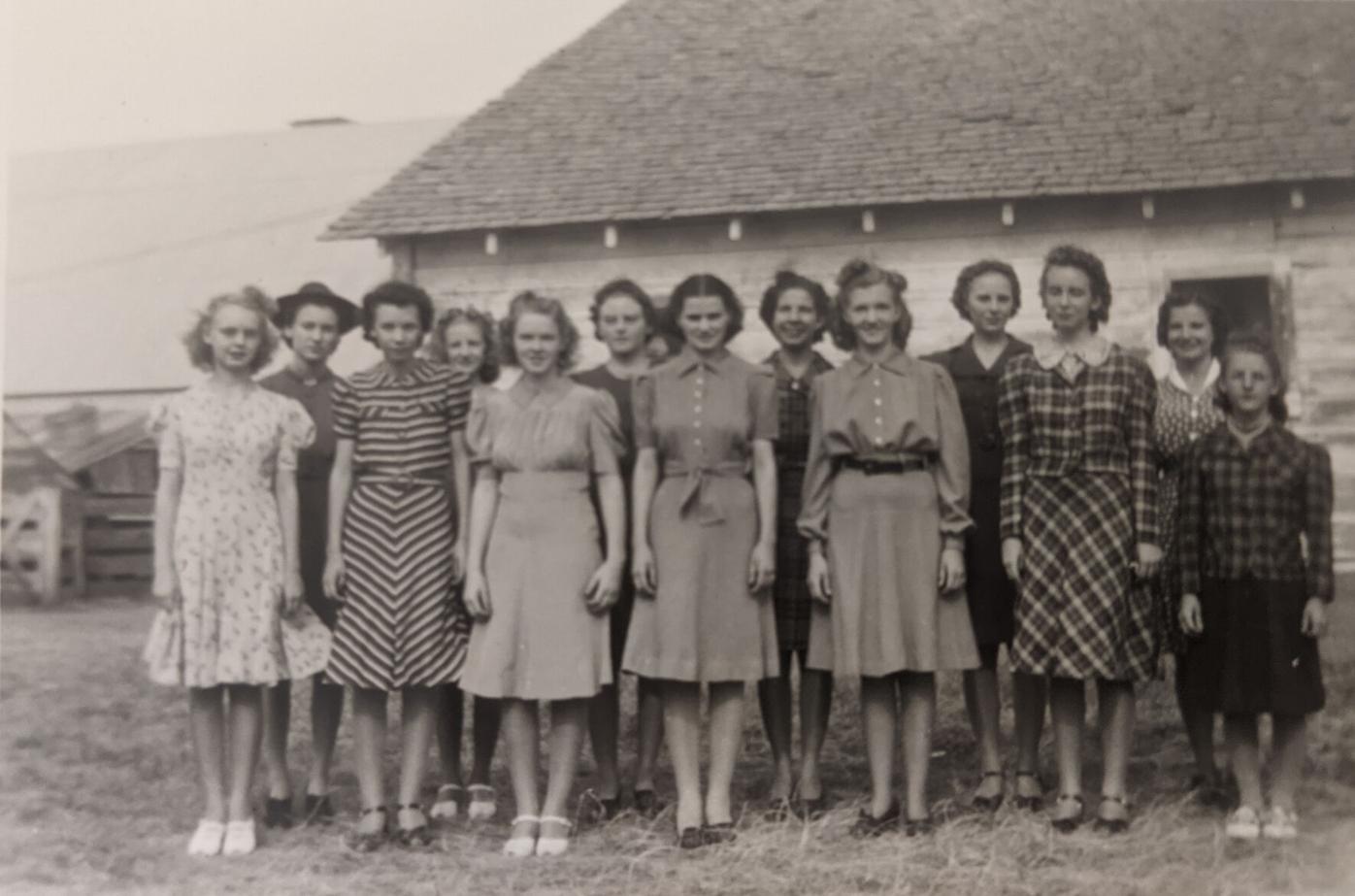 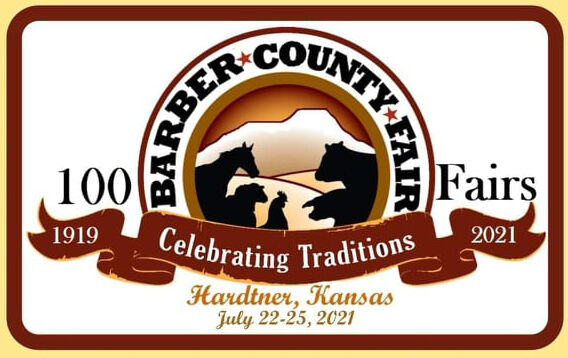 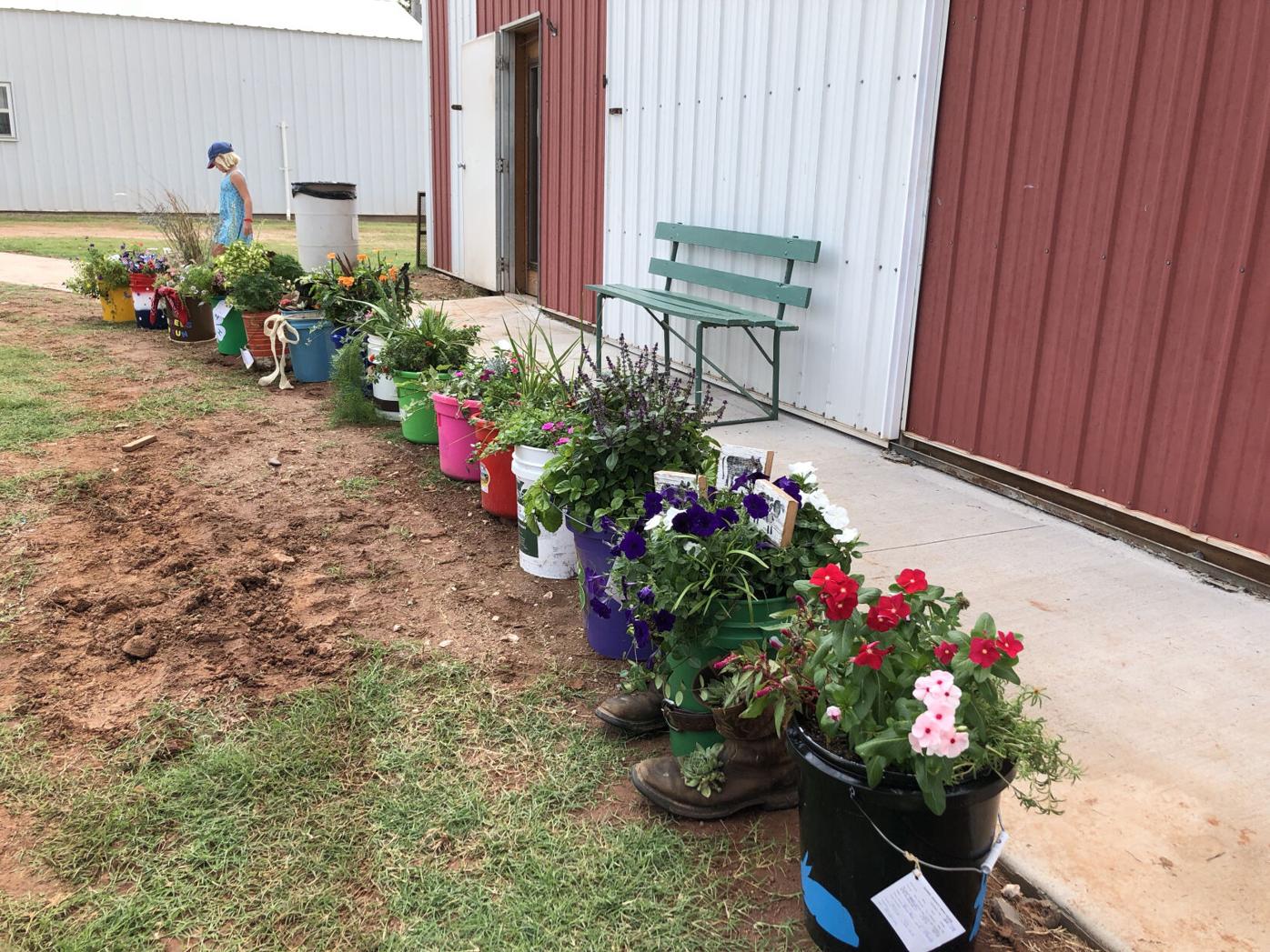 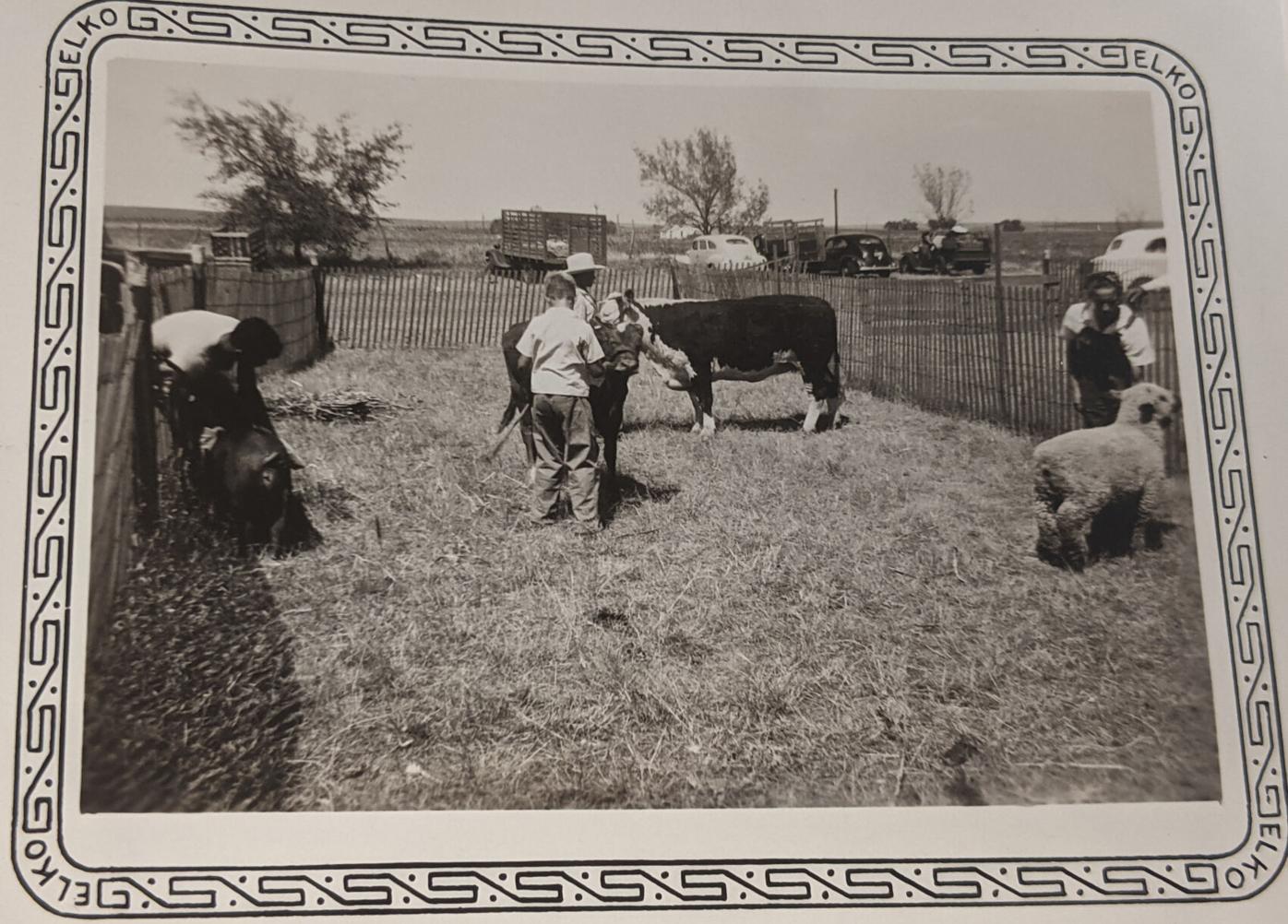 The round robin showmanship tradition dates back to at least 1943, with contestants showing swine, dairy, beef and sheep. At the Barber County Fair this is still a major contest today. Now contestants show horse, beef, sheep, goats, and swine.Youth still get to pick animal to take if they win in more than one show. In the photo four champion showman at the fair are showing for the showmanship contest. On the left is Bob Joseph with his gilt. Maurice McEndree is showing his Jersey heifer, Lucky Lillieqvist his Hereford heifer and Corlena Lillieqvist is showing Lucky's lamb. Lucky won both beef and sheep and elected to show his heifer in the contest. Joseph won first in this contest, Lucky Lillieqvist was second, and McEndree was third. (Courtesy photo.) 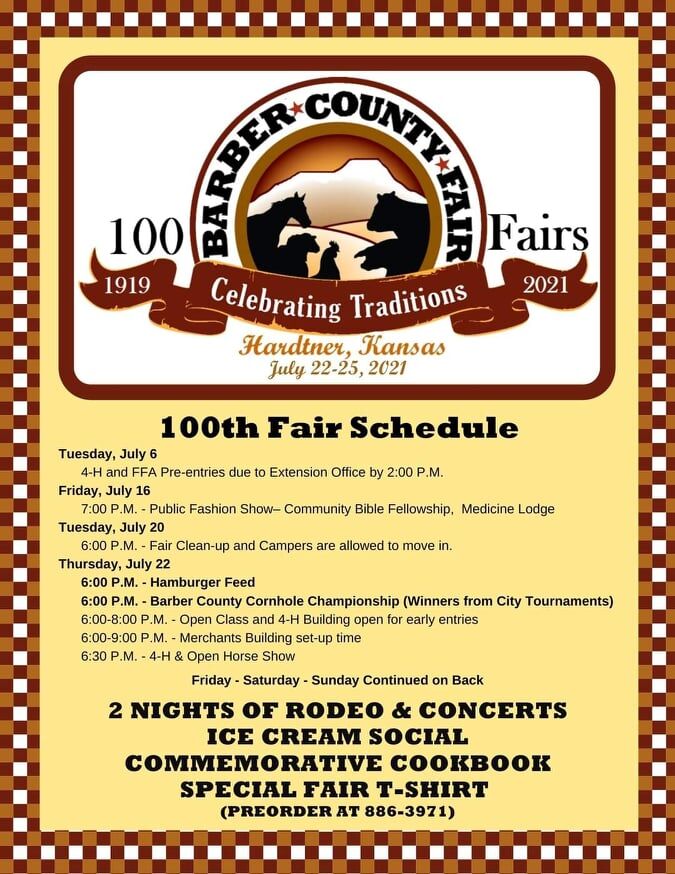 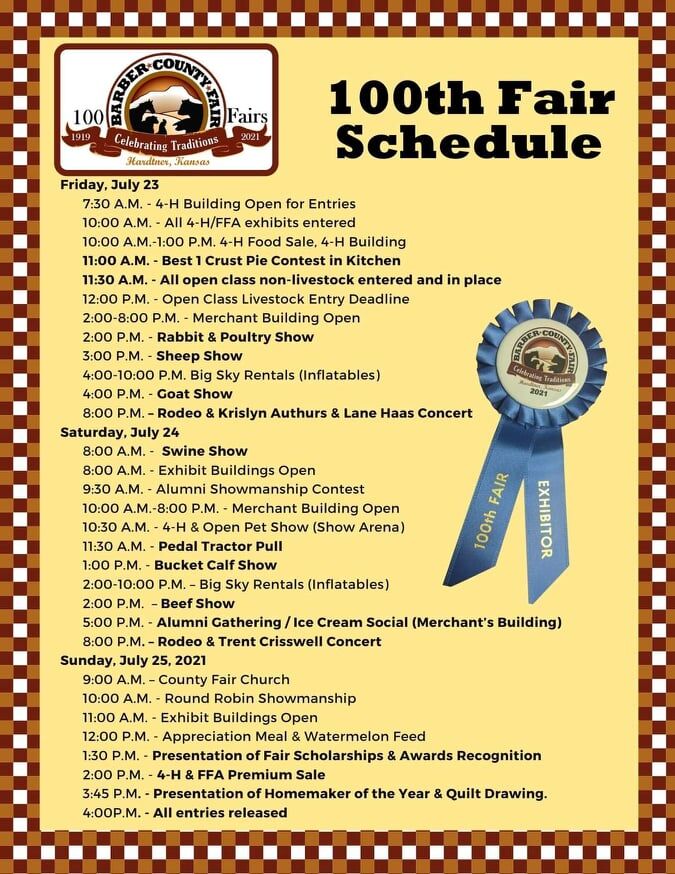 Pake McNally remembers showing livestock at the 75th Barber County Fair. At the time he thought the 100th event was so far away.

“Now we're here, and we're doing it,” McNally said. He’s the current Barber County Fair board president, and excited to see what the 100th county fair has to show. The 2021 event is scheduled for July 22 to 25 in Hardtner, Kansas.

Although it’s taken the county more than 100 years to hold its 100th county fair, it’s still something to be celebrated, according to Barber County Extension Agent Robin Eubank-Callis.

“That’s quite an achievement for a fair association that was started in 1919,” she said.

“Many improvements have been made through the years,” she said. “Horse racing and car racing are no longer parts of the program, but the county fair still has something for everybody.”

McNally believes it’s been the support of the communities in Barber County that have kept the event running for all these years. About 4,600 people call the county home in about a half dozen small towns.

“It's just something we've always been doing,” he said. “I just think the community support, and the people—farmers and ranchers and families—supporting each other and having good competition in the show ring, exhibit booths and in the buildings. That's all good, healthy competition, and I think it's really important.”

McNally said his dad Mike, grandfather Preston and another uncle served on the fair board in some capacity and for numerous years. All of them have exhibited in some form or fashion too. His aunt was a state 4-H leader for Kansas as well.

“This is where my dad showed. My son will show here, and it's just important to keep those traditions alive and not forget them,” McNally said.

To keep the fair going for another 100 years, he believes as far as rural county fairs are concerned, requires shortening the growing disconnect between people in agriculture and those not.

“I know of a couple families that were really on the outside looking in with agriculture and then their kids got into showing,” he said. “Showing cattle and livestock in general and now they're raising cattle either for themselves or for somebody else.”

Events like the Barber County Fair have given those not native to agriculture an opportunity to get into the business of it—no matter what it looks like.

“I think the disconnect is the most important thing that we're facing now,” he said. “There's not very many farm kids anymore.”

Former member of the Lone Eagle 4-H Club in Barber County and retired Kansas State 4-H Program Leader Pat McNally recently told Eubank-Callis that the fair was “the event” to be at as a 4-Her in the 1950s and 60s.

“Getting ready for the fair was when the momentum and adrenaline really got pumped up,” Pat McNally said. “Whether it was putting the final stitches in my clothing exhibits, baking cakes, breads or cookies so I could select the best ones, grooming and exercising the show steers and hogs or completing that final round of paperwork for all of my many entries, I remember it being a flurry of busyness for days prior to the fair.”

Pat McNally said once she got to the fair it was even busier with exhibit entries and helping with judging and displaying of the exhibits, grooming and a little bit of fun mixed in there.

“Oh, the memories!” she said. “The big round top cattle barn had so much character, the smaller round top building where we'd eat endless hamburgers and pieces of homemade pies, the rodeo and the carnival where the temperatures finally cooled off.”

Pat McNally said as ribbons were awarded they shared “miles of smiles” with 4-H friends from across the county.

The 2021 Barber County Fair is open to anybody in the world to enter, a rule that has been found in the fair book for many years.

Those special classes are set to include baked foods made with dried fruit, a floral arrangement class, and a craft made with burlap or a photo with an animal that could be at the fair. There are also special contests separate from the other departments that include a Barrel of Plants and the 100th Fair Pie Contest.

For more information about the 100th Barber County Fair, visit www.barber.k-state.edu/county-fair/index.html or look for them on Facebook.